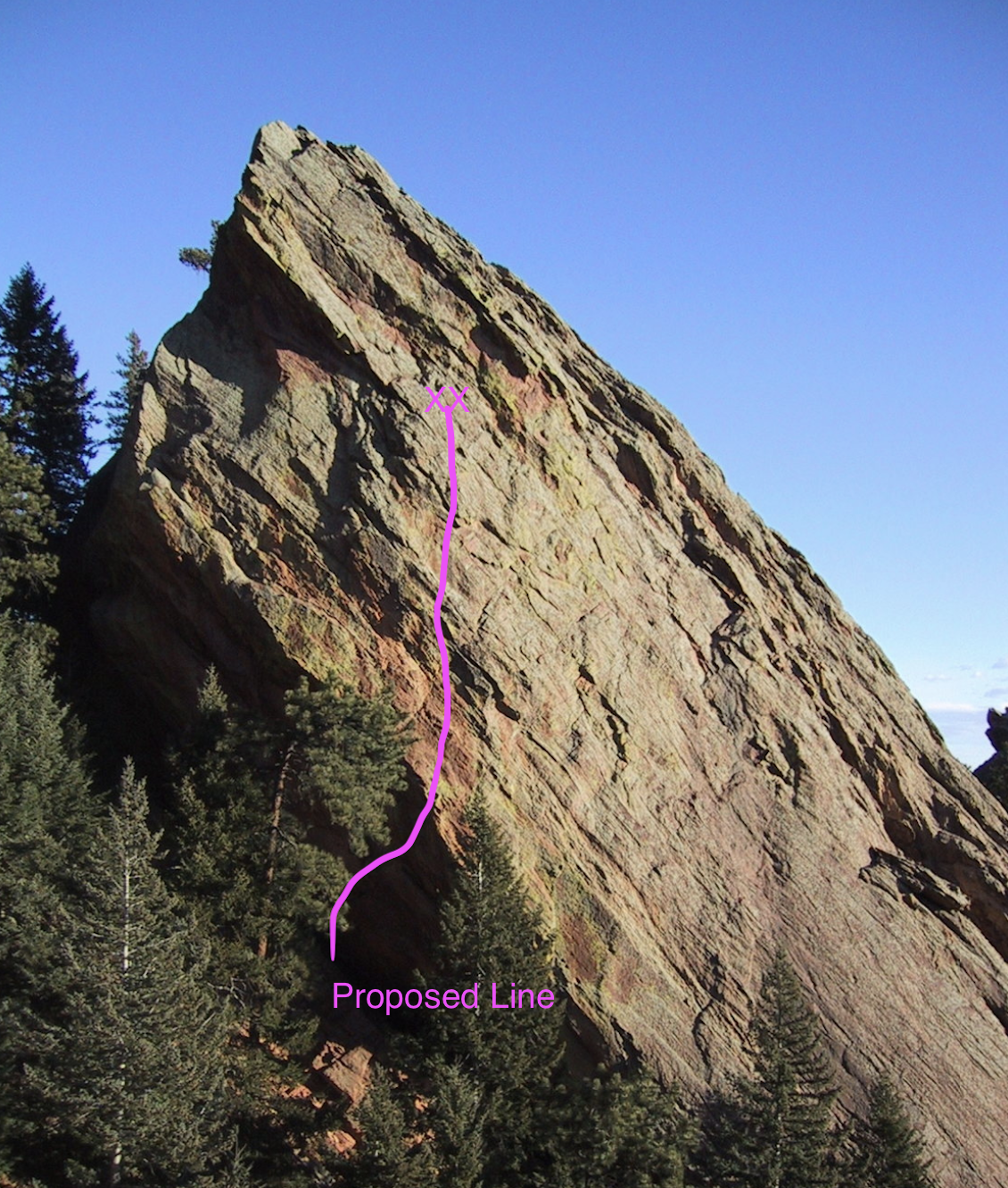 This new route climbs the overhanging right scoop on the west face of the summit tower at the top of Ridge One (Stairway to Heaven) in Skunk Canyon.  At the lip, the route will continue up the headwall and end on the vertical face below the top of the formation.  The route measures about 110’ with a suggested rating of 5.13- (which is an estimate, as the route can only be partially toproped at this time due to its overhanging nature).

The name comes from keeping with the theme of the cliff, “Like Heaven” and the route “Stairway to Heaven” and “In God We Trust.”

This section of Ridge One contains no other sport routes.  There is an existing trad route, Like Hell It Is 5.11, on the NW corner of the formation about 50’ to the left.  About 25’ right of this proposed line is a trad route called Sidereal 5.10x.  Sidereal traverses hard right as soon as leaving the ground and doesn’t come near this proposed route again.  Further right is a trad route named Seventh Inning Stretch 5.11d, then the route Boot Hill 5.8x.  There is one final trad route on this section of the ridge,  In God We Trust 5.10x. Right of this is a break in the Ridge separating this formation from the rest of the routes down hill. 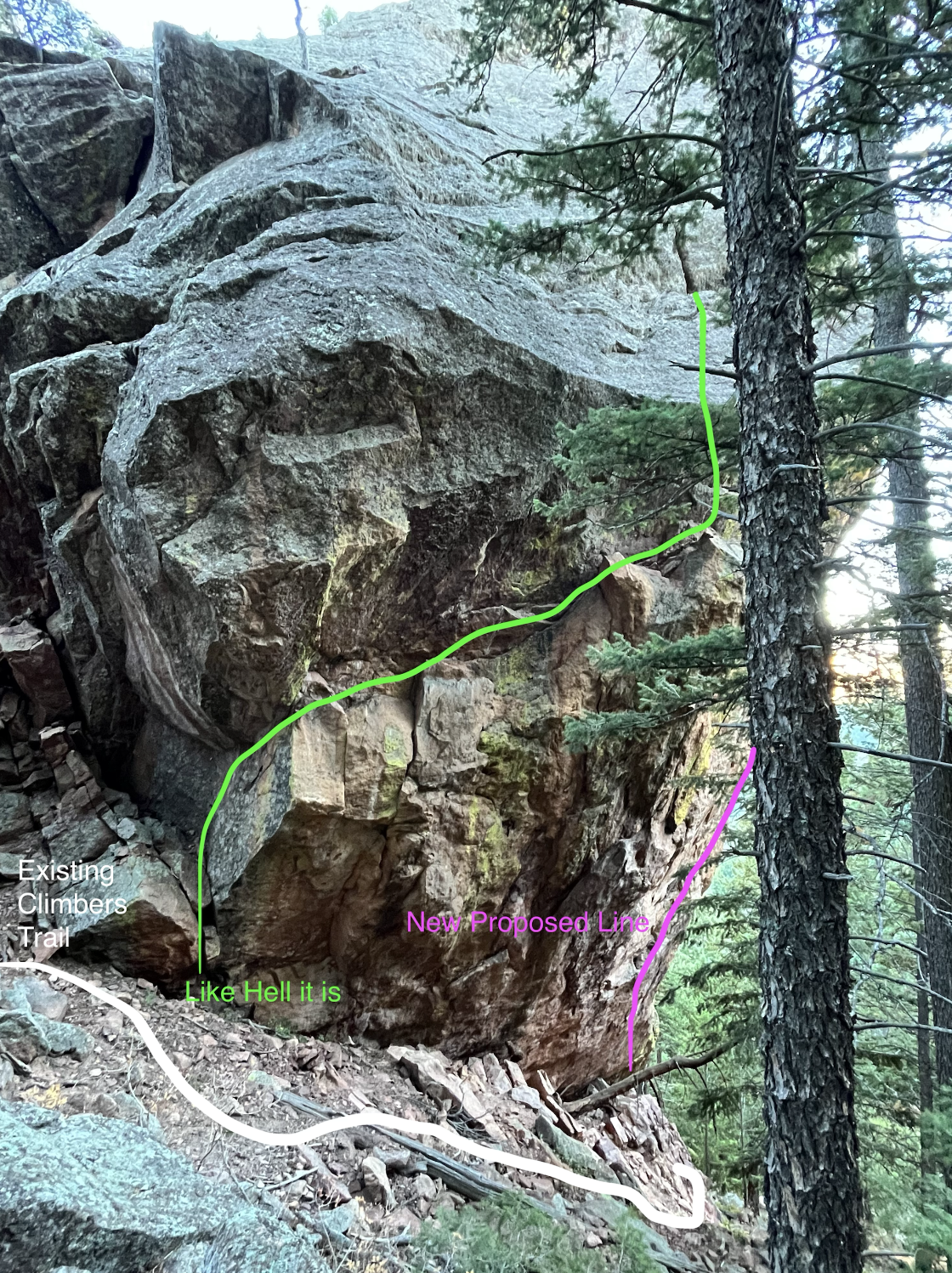 The approach starts at the NCAR trail head. Access the Mesa trail and head North. After crossing Skunk Creek head west on the climbing access trail at the blocked switchback.  The easiest access to this route is to follow the approach to Hillbilly Rock.  From the West side of Hillbilly Rock keep heading NW up the descent trail from Stairway to Heaven.  When you reach the North end of the formation, drop down the West side on a well established climbers trail until you reach the base.

The base of the route is comprised of rock as shown in the photo above.  There are limited amounts of vegetation. The rock at the base is mostly solid.

Yes, this route has been inspected for rock quality, and suggested rating of 5.13a is a guess, as the route can only be partially toproped given its overhanging angle and the proximity of large trees behind the wall.

Yes, the upper less steep section has been top-roped and on the lower steep section sufficient holds have been observed.  The first 20’ has some loose flakes that will need to be cleaned, but after that the rock quality is consistently solid.