Number of bolts to be placed:  7 lead bolts, 2 bolt anchor 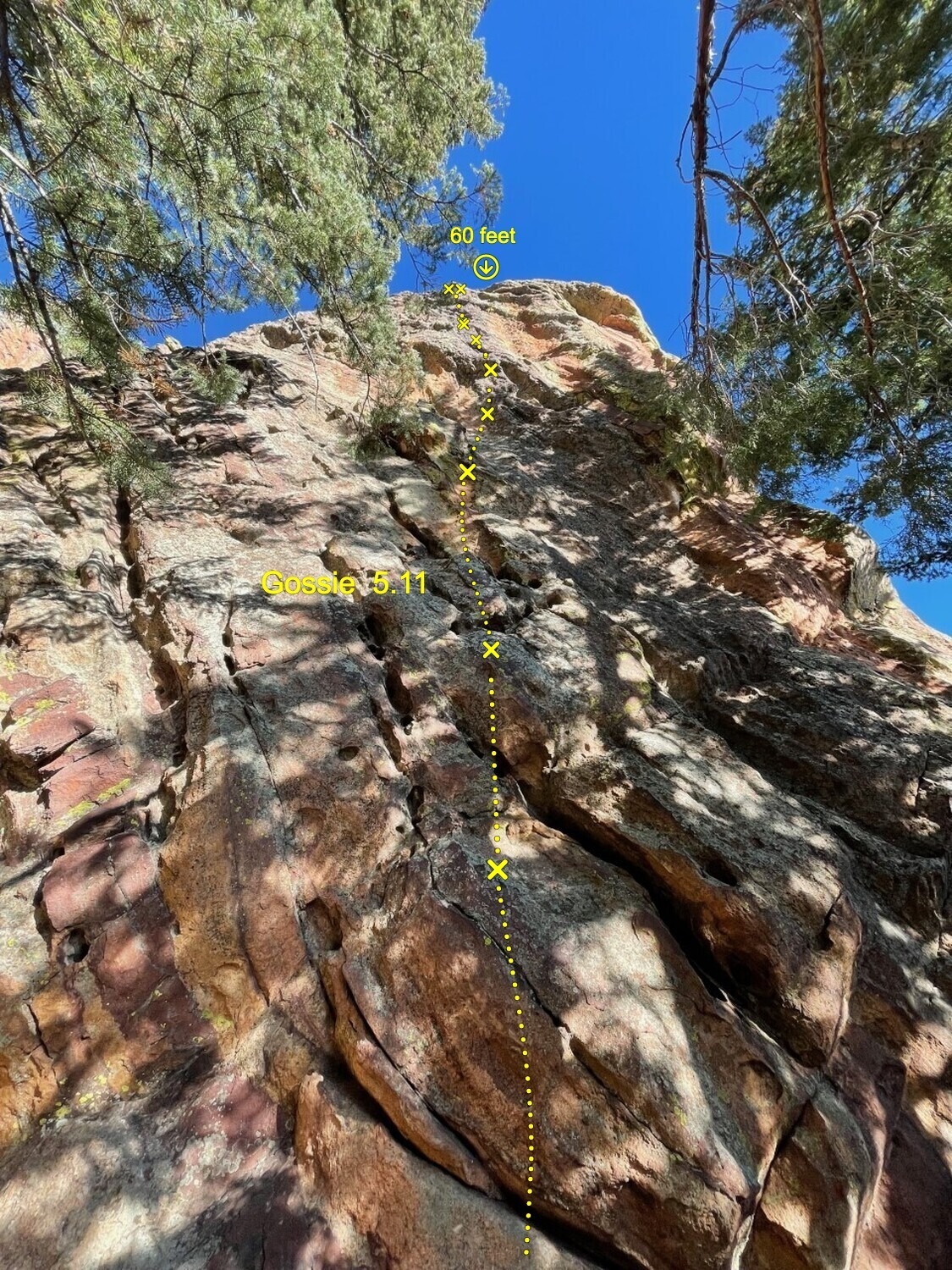 On the right side of the South face is a steep arête.  This climb starts about 10 feet left of this and follows steep featured rock to a small ledge.  From here to the anchor you will follow a black streak with fun technical moves. The difficulty is approximately 5.11a. (There are a few other potential routes on this wall from 5.9 to 5.11.  If a few of these are also installed in the future, this could become a destination for climbers seeking moderate sport climbs).

The name is from the children’s books about Gossie & Gertie, two little goslings.  Hopefully in the future the climb Gertie, which goes up the arête, can be installed to the right reuniting the pair.

There are no documented routes on this face.  About 5 different routes have been top roped by various parties.  The East Face of this Egg has a trad/scrambling route.  There is one old sport climb in the CMC alcove called Rules and Regulations 5.11.  The South Goose Egg has the routes Rude Welcome 5.11 (bolts), Power Bacon 5.10 (bolts), Fruity Pebbles 5.9 (bolts) and The Sea and Mirror 5.10 (bolts).  Each egg also has easy East face trad routes.  There will also be the newly approved Eggistential Crisis 5.12 installed after the raptor season.

Approach from the Fern Canyon trail.  There is a climber trail leading to the existing routes on the S. side of the Southern Goose Egg.  Leave the Fern trail here, but keep right skirting in front of the rocks.  Head North for two hundred yards, then turn left and head up broken slabs into a corridor beneath the Northern Goose Egg. 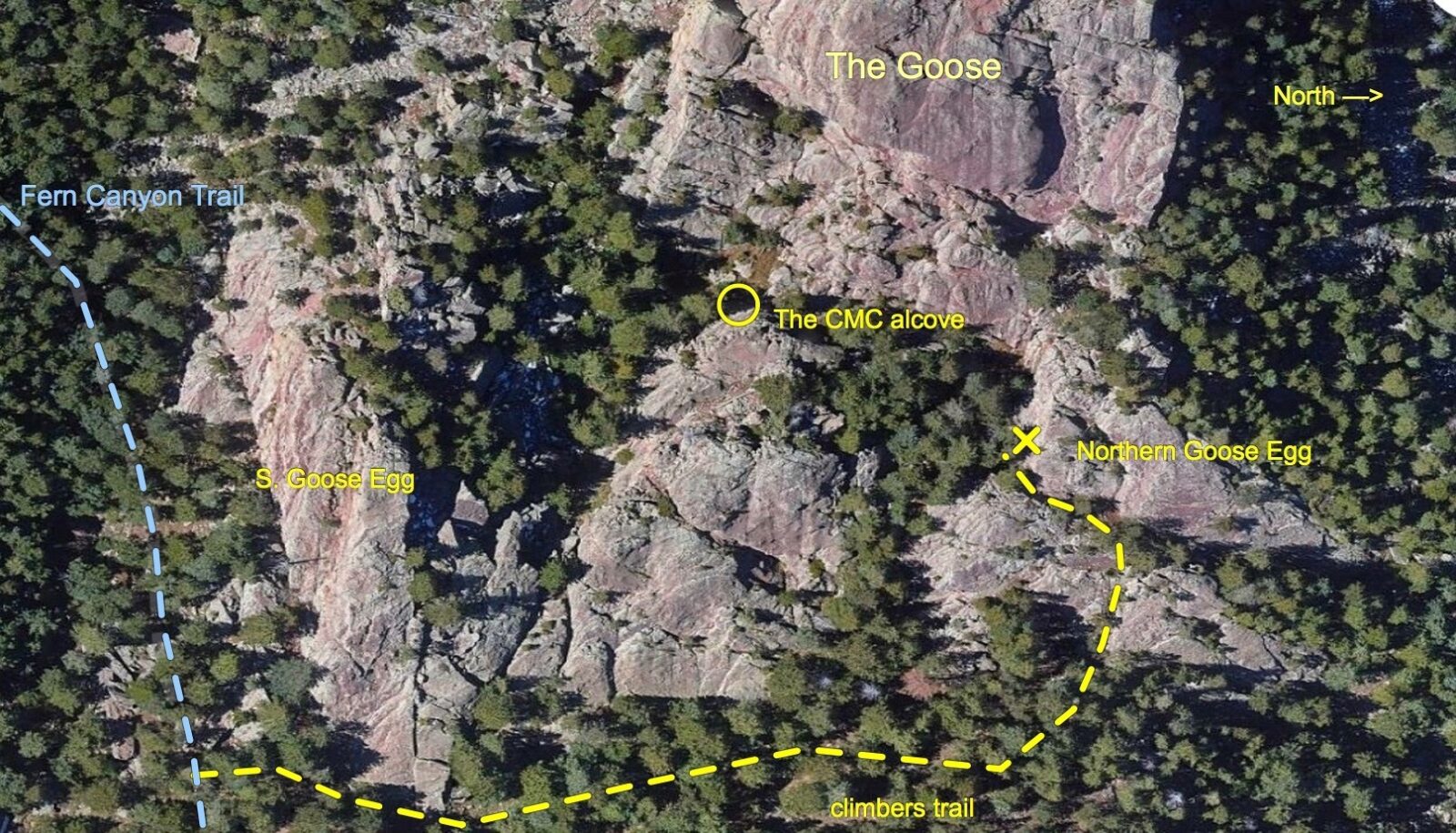 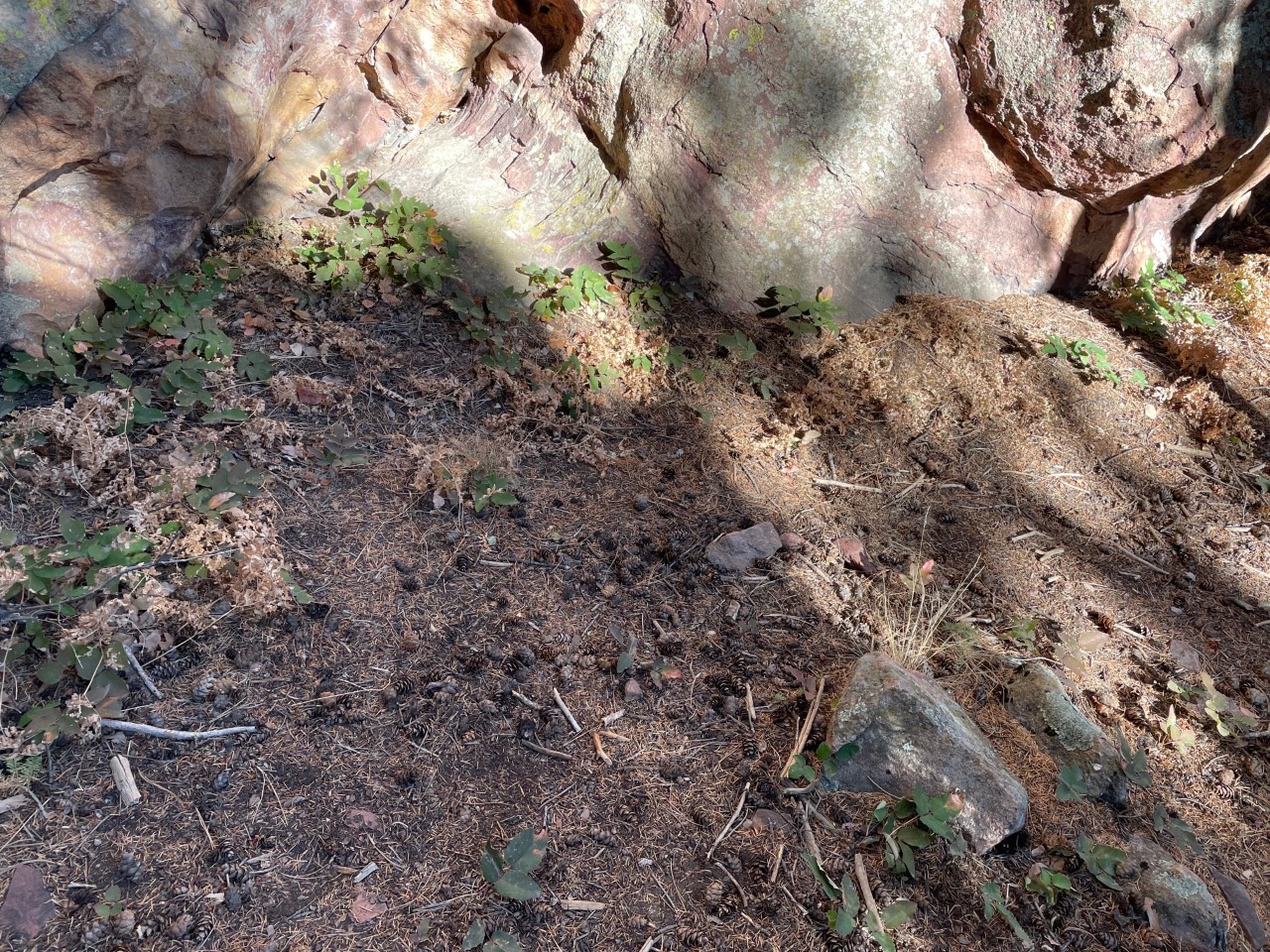 The staging area is  comprised of flat stable soil and rock.

The route has been top roped extensively to find the best line.