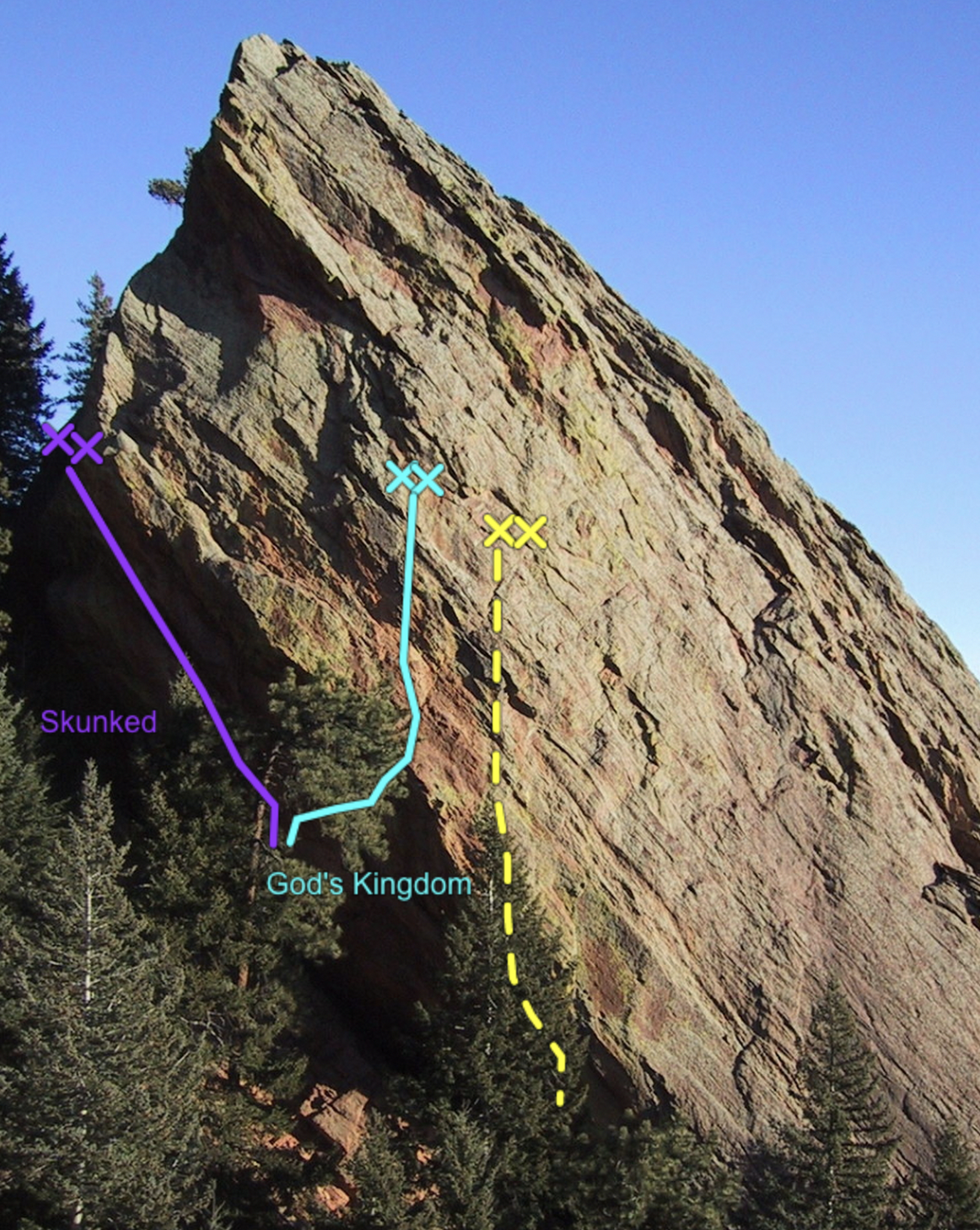 This new route climbs the overhang on the west face of the summit tower at the top of Ridge One (Stairway to Heaven) in Skunk Canyon. The easier variation of the route will step off a rock pillar near the southwest edge of the wall and continue up a yellow lichen streak to a steep scoop (5 bolts). From there, the route will continue up the headwall on the vertical face for about 5 more bolts. The line measures about 25 meters long. An additional start will be added at time of development in the cave below the belay area (3 bolts). This cave will add about 25’ of climbing on very overhanging terrain that is too high to boulder out, above the floor of the slot/cave. We’re giving a suggested rating of 5.13- for the stand start and 5.14- for the cave start. This new route will not interfere with the “Stairway to Heaven” route, which summits the feature on its east face/southeast ridge, and anchors will be placed low enough on the headwall so as not to be visible from or usable from Stairway.

The route name is in keeping with the theme of the formation, as Ridge 1’s aka is “Stairway to Heaven”. This beautifully streaked wall connected to the difficult cave start will offer a combination of glorious climbing paired with a burly and difficult boulder problem. Hence Heaven and Hell.

The route to the left is “God’s Kingdom on Earth” (5.12b/c). Left of that route is the proposed route “Skunked” (5.14; June 2022 application cycle). Up the hill is the trad line “Like Hell It Is” (5.11a), which traverses a break on the far left side of this wall. The route “Stairway to Heaven” (5.2) climbs over on the east- and south-facing sides of this formation.

Close-up of the “cave” start:

To reach the west face of Ridge One, you hike up to Hillbilly Rock and continue up for 3-5 minutes along the descent trail for “Stairway to Heaven.” This climber’s trail is comprised of dirt and rock and clearly marked with rock cairns. The descent drops you off at a saddle just north of the summit of Ridge One, from where you hike a down a separate climber’s trail in a wide gully for about 150’ to the base of the proposed route. 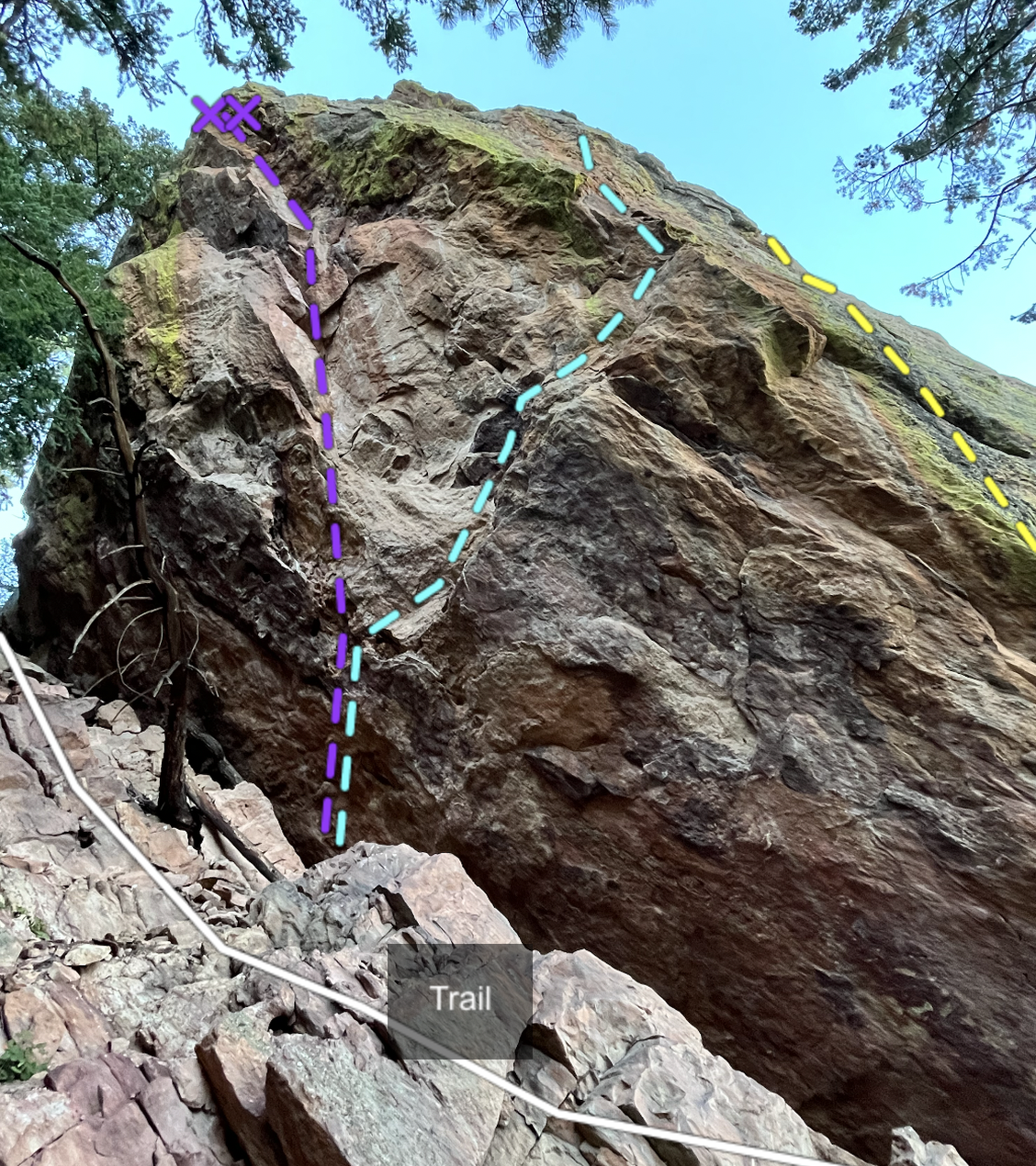 The base of the route is comprised of rock as shown in the photo below. There is no vegetation on or near either staging area—it’s all rock and dirt. The rock at the base is solid inside and outside of the cave. 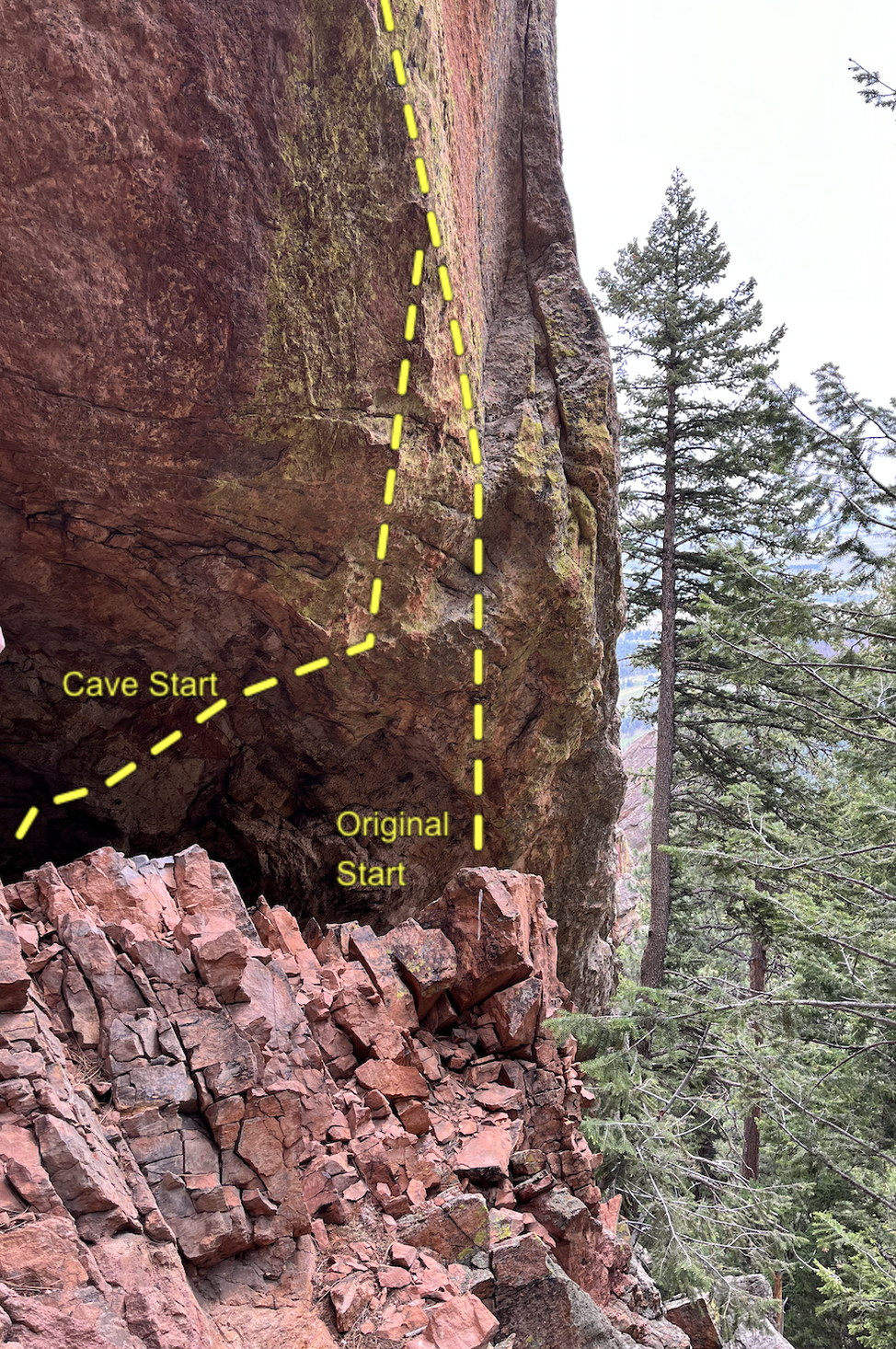 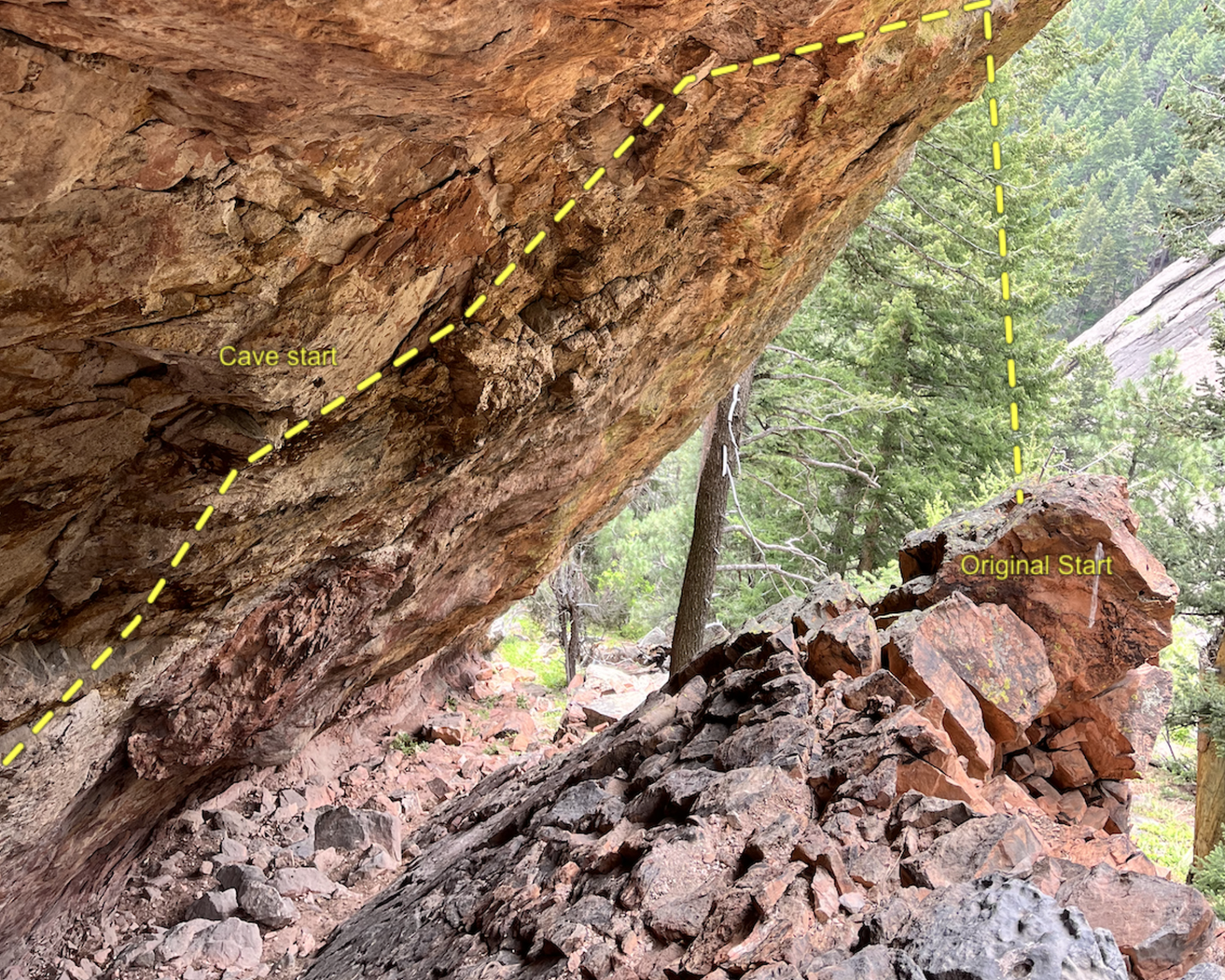 Yes, this route has been inspected for rock quality, and the suggested rating of 5.13a (stand) and 5.14a (cave start) is a guess, as the route has mostly been toproped/inspected on rappel except for the start (we were able to lean across the slot and feel most of the holds but not pull on, due to a lack of protection)

Yes, this route has been toproped to just below the lip, and holds have been observed for the bottom, small traverse, and cave boulder problem. A few loose flakes will need to be cleaned at the beginning of the climb (first 20 feet in the cave); above there, on the face, the rock is consistently solid