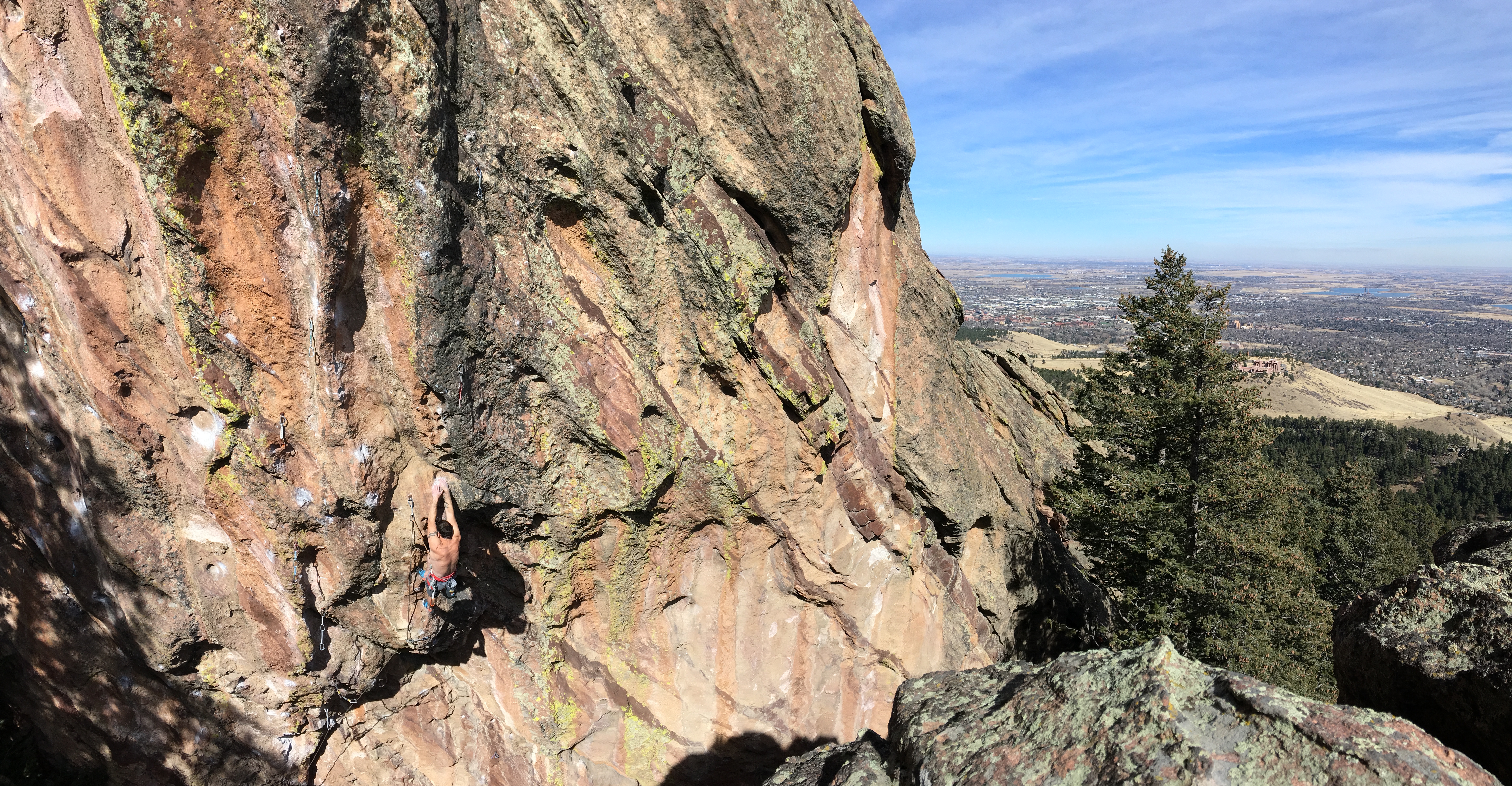 Primate (FA, Matt Samet) is a mixed bolt-and-gear lead on the south face of Seal Rock. It was originally done as a gear lead, headpoint-style, with the gear pre-placed. This was in the era when bolting was banned in the Flatirons, so it was either toprope or headpoint or move on. Thanks to the Flatirons Climbing Council, OSMP, and the hard work and lobbying by Flatirons climbers, Seal Rock’s south face opened to bolting in 2012. This route was applied for and approved through the Fixed Hardware Review Committee of the FCC, and has since had bolts added to it to make it a more approachable lead.

Six bolts plus supplemental slings, stoppers/RPs, and cams in the finger and hand sizes. Doubles of #1 and #2 are probably useful.

Some people have pointed out that they’d be more likely to do this route if it was “all bolts,” but that’s simply not going to happen. An informal (for now) FCC agreement with OSMP, modeled after the Action Committee for Eldorado’s FRHC review process, stipulates that natural gear be used where possible, and there are safe and logical gear placements on this climb in places; therefore the route would not have been approved as an all-bolt climb—the application would not have passed FHRC vetting much less OSMP’s final approval.

I’ve heard of some people starting on Choose Life/Thunder Muscle and cutting in, but that only creates more traffic jamming on the one bolted start. And also, you’re not climbing Primate; you’re just linking shit up, which is lame.

I would recommend instead, if you actually want to climb Primate, that you bring a light rack and climb the original line, which has a lot of great climbing in its first half and will only get cleaner with traffic. It is fun, pumpy 12- on huecos and crimps through here and is very good climbing. Surely if you can climb 5.13 on bolts, some 11+/12- on a couple cams is in your wheelhouse?

Temporary Trail Closures in the Flatirons
Scroll to top