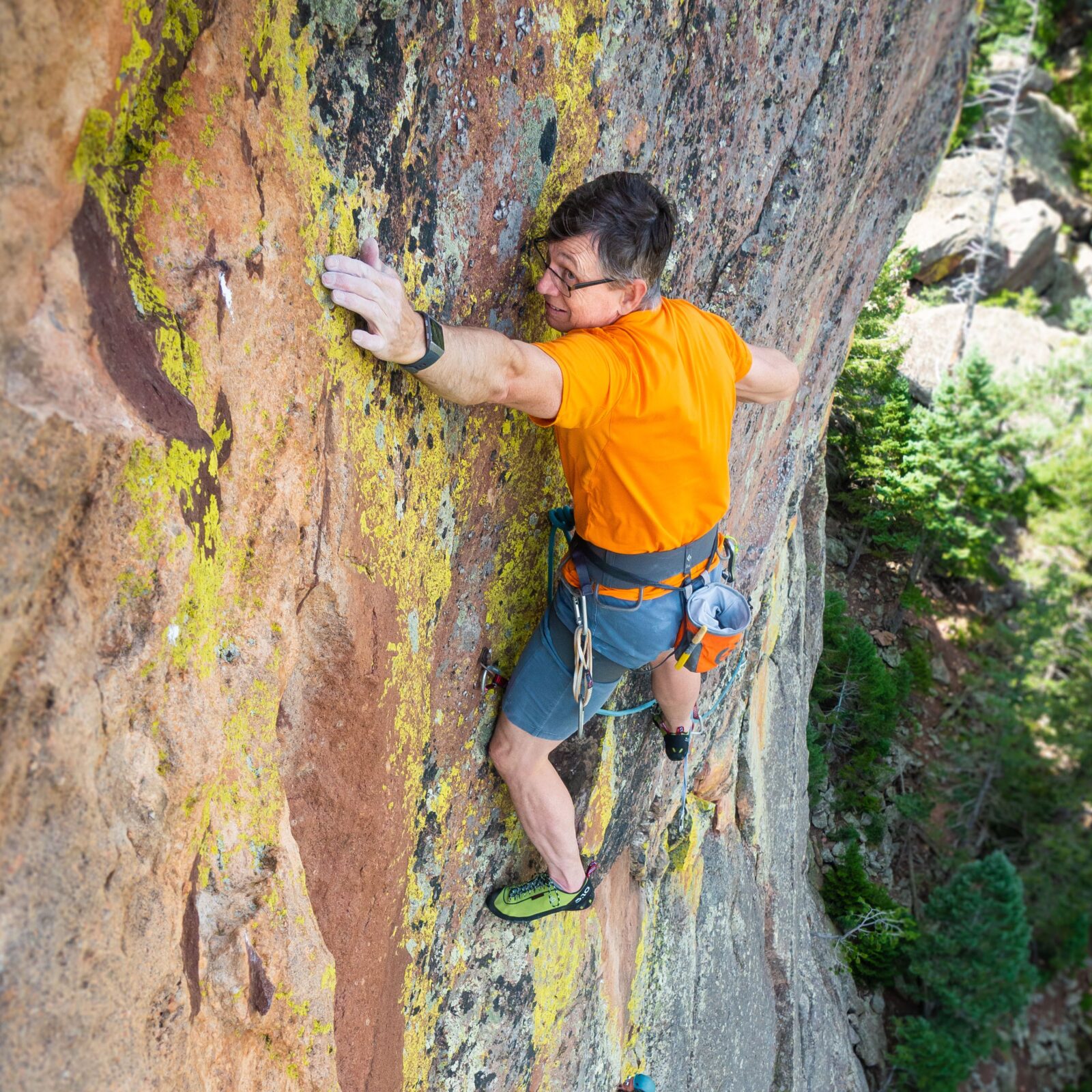 I started climbing in 1988 in New York State at the Shawangunks and in the Adirondacks.  From the early days as a climber I have embraced all aspects of climbing and ski mountaineering, with the exception of aid-climbing! I am equally thrilled to be on the sharp end leading a frozen waterfall, as ski ascending a 4000 meter in the Alps or leading one of the new sport routes that have been established in the Flatirons.

My wife and I moved to Boulder in 1997 and we have lived in the Front Range since, except for three years 2010 – 2013, when we resided in Grenoble, France on a work assignment.  I have had the privilege to climb and ski in many different places around North America and Europe, but continue to be impressed with the variety of outdoor recreational opportunities that Colorado has to offer.   The Flatirons in particular are a true treasure with their striking formations, beautiful hiking trails and modern sport routes.

I joined the Flatirons Climbing Council in order to continue to advocate for climbing access and environmental stewardship of the Flatirons. This is my second stint with the FCC having served in the Fixed Hardware Review Committee from 2003 through 2008.