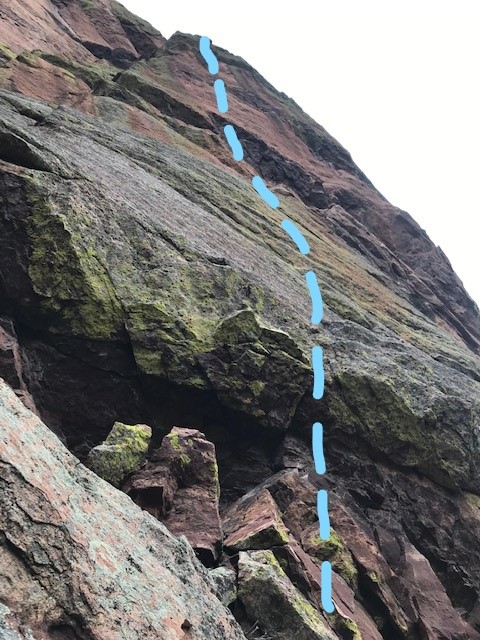 The proposed route Skein climbs the face between Golden Goat and Sweet & Innocent.  It is mostly a face climb with a small roof overlap half way up and a headwall at the top.  It starts on easy blocky terrain off the ground through an overlap on jugs and onto the slab (the rock through this passage is surprisingly good). Thin slab climbing, past a cruxy section in the middle, leads to a horizontal break. It then climbs through the left side of the dark band and onto the vertical headwall above for more thin crux face climbing to the top of the triangular wall.

It is approximately 15 ft right of “Sweet and Innocent”, and 30 ft left of Golden Goat. 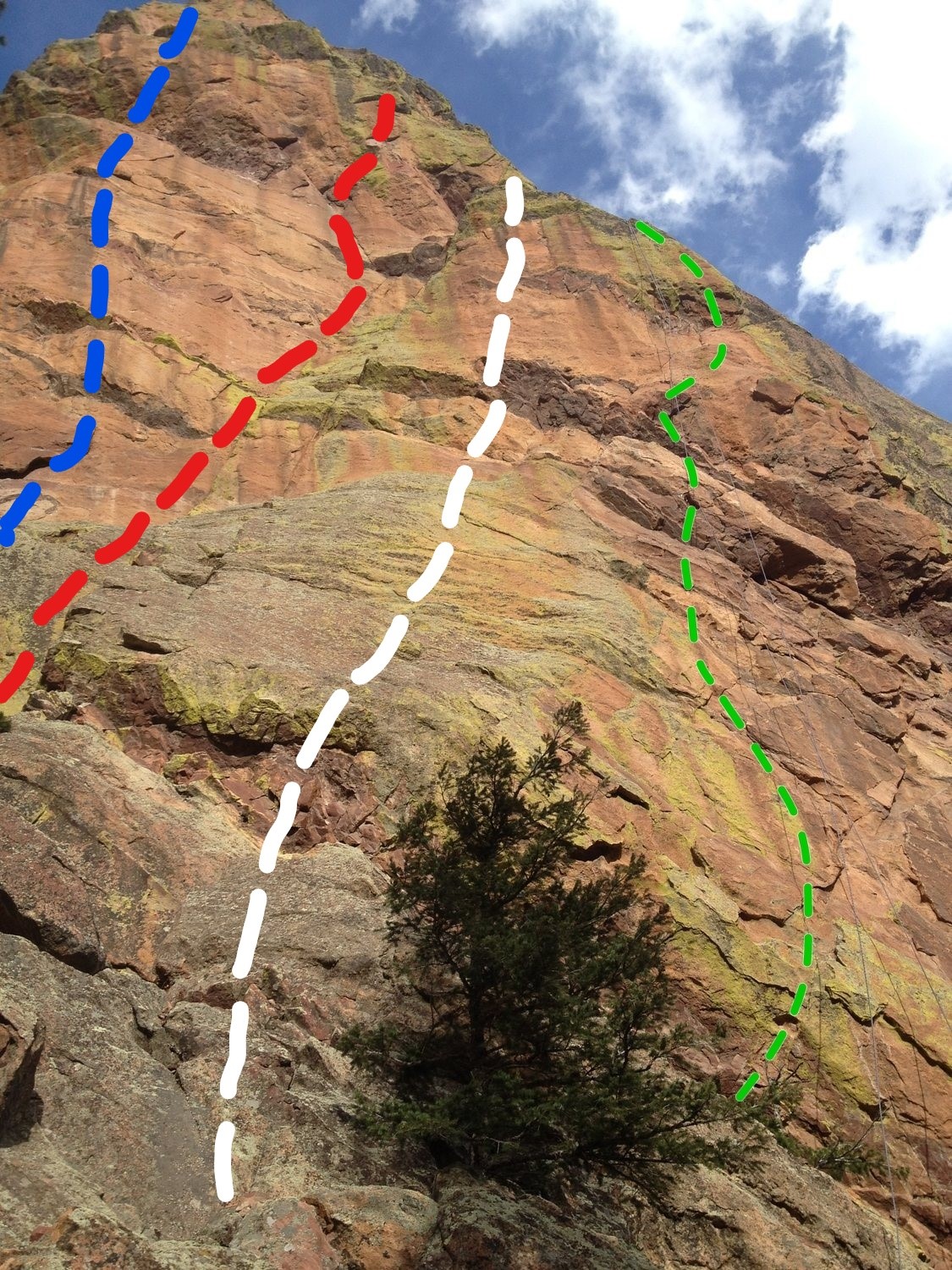 proposed route (Skein) is the white line in the center of the photo with Raging Bull in blue, red is Wild Horses, Sweet and Innocent is the natural crack and green is Golden Goat

The southwest face of The Goose has six existing climbs. The rightmost route is The Batman, sport 5.10b with 4 bolts and anchor, next route is Golden Goat, sport 11a with 9 bolts, followed by a traditional gear protected route Sweet & Innocent, 10b.  Sharing the same start as Sweet & Innocent  is Wild Horse, 13a a sport route direct variation with 9 bolts. Next is Raging Bull a two pitch 12a, with 14 bolts and supplemented with traditional gear. The leftmost route is Big Bruce a 12b sport route with 9 bolts.

Use the existing standard approach from the Fern Canyon Trail to reach the Southwest face of The Goose formation. (Same approach as for “Big Bruce, “Wild Horses”, “Cub/Raging Bull”, “Sweet and Innocent”, “Golden Goat”, and “Batman”). This is mostly on a durable flat forested surface with a short section of easy rock hopping near the end below the wall.

Descent Description: The descent is via lowering off the route back to the staging area, and the return to Fern Canyon trail is via the same approach trail.

Base Area Description: The staging area is a flat durable mixture of compact dirt and small rocks  at the base of the route.

base area for new route

Description of Route Evaluation Efforts:  The route has been fully inspected on top-rope. Anchor and estimated bolt locations have been identified as well.

The route in its entirety has been top-roped and successfully climbed with hangs. The rock quality is mostly excellent on a slightly less than vertical to vertical wall. Very minimal cleaning may be required through a short section of stone.