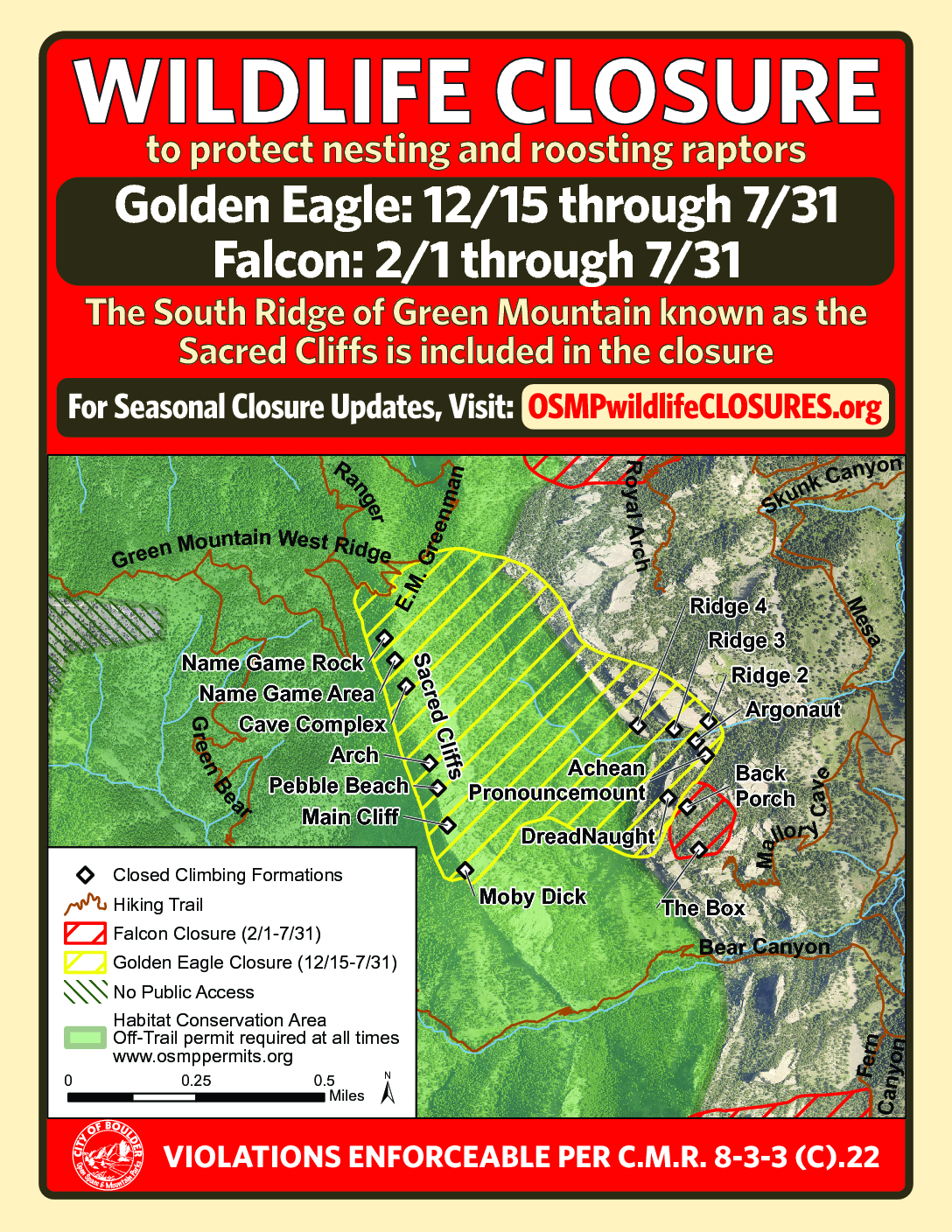 Starting on December 15, 2022 the Golden Eagle closures will be in effect in parts of Skunk Canyon, including all of the Sacred Cliffs as well the top of Flagstaff Mountain.

The new golden eagle closure will be in effect from December 15 until July 31. OSMP is implementing the earlier closure date to follow recommendations for golden eagles established by the Colorado Parks and Wildlife (CPW) and to be consistent with US Fish and Wildlife Service guidelines.  In addition, golden eagle mating and nesting activities are being observed in the field earlier than February 1. Golden eagles are a federally protect species under The Bald and Golden Eagle Protection Act, enacted in 1940.

Climbing access will not be permitted in the Sacred Cliffs during the December 15 to July 31 closure. Climbing is also not permitted on Ridges 2, 3 and 4 in Skunk Canyon and adjacent formations including Argonaut, Dreadnaught and Achean Pronouncement.  Climbing is still allowed on the Box and the Back Porch as these two formations are open until Peregrine Falcon closure which will continue to be from February 1 until July 31.