On October 18th and 20th, the FCC and OSMP hosted a volunteer trail project at the base of Seal’s Rock south face.  The event was a big success and the climbing areas and trails got some much needed improvements.

In total 19 volunteers (15 Saturday and 4 on Thursday) participated in the event.   The trail at the entrance of the crag was regraded and bolstered against water run off, stone steps were added to direct traffic and belay platforms were built at the base of several climbs.  The work was directed by Beau Clark, Cam and Allie from OSMP.   It was good to see a wide range of volunteers from the youngest at 12 (Nate) to many veterans of these trail projects.  Also kudos to Seal Rock route developers for coming out.   Additional work at Seal Rock is envisioned requiring future trail projects.

It was a great time and a productive event. The pictures below capture some of the work and accomplishments. A big thanks to OSMP and all the volunteers for making this such a success! 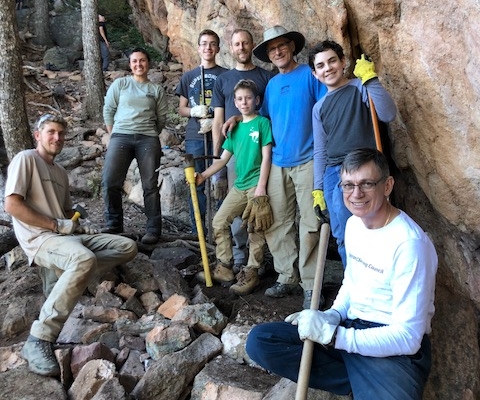 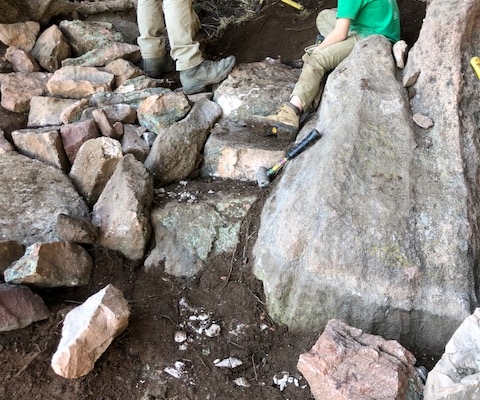 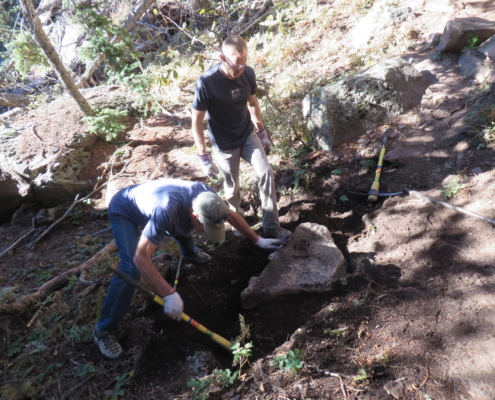 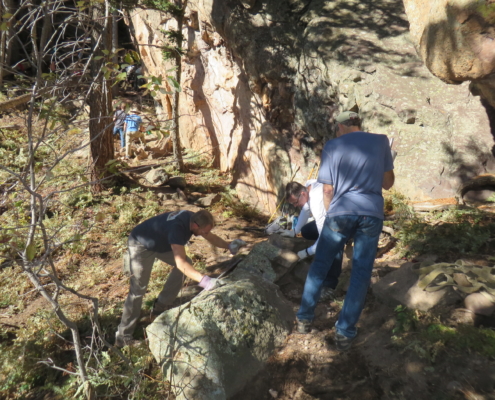