The FCC had a successful and exciting year that included trail work, fixed hardware upgrades, stewardship and new routes that continue to help climbing thrive in the Flatirons.

Dinosaur Rock Trail Work:    In July 2016, the FCC and OSMP hosted a volunteer trail project at Dinosaur Rock and Der Zerkle in the Flatirons west of Boulder.  Some of our accomplishments include the installation of 5 gabions to create a flat, stable staging area at the base of the Dinosaur Rock, construction of 15+ steps and flat staging areas at the Der Zerkle climbing wall, and the elimination and restoration of multiple social trails along the Mallory Cave trail. 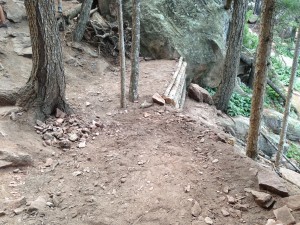 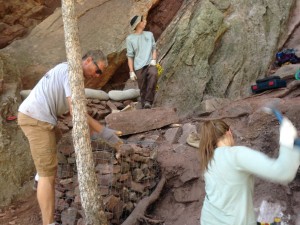 Trash Bash: In September 2016, the FCC celebrated its 16th annual Trash Bash.  Since 2000, the FCC has hosted this event, which has resulted in hundreds of bags of garbage and recyclables collected and has helped protect our climbing and natural resources.  The event is also a major community collaboration among the FCC, land managers, local climbing organizations, local businesses, and climbers.  This year’s Trash Bash was a big success, with more than 60 volunteers collecting garbage across Flagstaff. 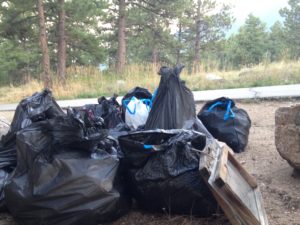 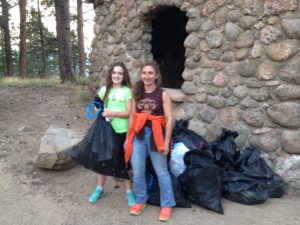 Skunk Canyon Fixed Hardware Upgrade: On September 17th, 2016, the Flatiron Climbing Council hosted a volunteer bolt replacement day in Skunk Canyon.  FCC members teamed up with other volunteers from the Boulder Climbing Community (BCC) and the Action Committee for Eldorado (ACE), all armed with the latest technology in bolt removal.  Every bolt in Skunk Canyon, with the exception of one route that hosts a giant eagle’s nest, was replaced.  The majority of the new 1/2″ stainless hardware was installed in the original holes. With the addition of a new rappel anchor on The Achaean Pronouncement, a total of 60 bolts were installed. 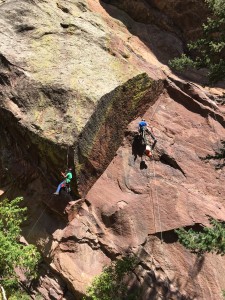 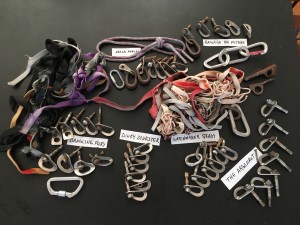 New Route Development:  The FCC facilitated the development of 6 new routes in 2016 including the stunning third pitch of Hasta La Hueco (5.13b), a 115’ enduro classic on Overhang rock called Thulsa Doom (5.12c/d), plus Jade Gate, Hell in a Bucket and several other fantastic routes.  All told, there are now over 45 new routes in the Flatirons that have gone through the FCC’s Fixed Hardware Review Committee. 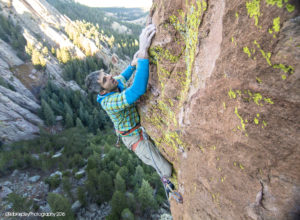 The FCC’s main priority for 2017 is to renew our Memorandum of Understanding (MOA) with the City of Boulder with new formations for new route development.   Some of the formations on our wish-list include the Devil’s Advocate, Mickey Mouse Wall, Hillbilly Rock, Shanahan Crag, plus route caps lifted on the Maiden and the Matron.   In addition, we plan to continue our efforts to facilitate the development of new routes, upgrade aging hardware, construct sustainable trails to our favorite crags and host the Trash Bash.

Thank you Trango!
Scroll to top