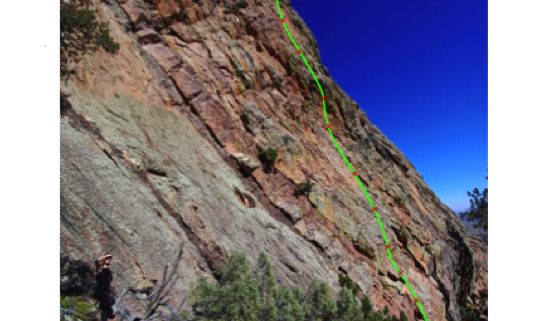 Number of bolts to be placed:  12 lead bolts, 2 bolt anchor

I like the beginning of the proposed new route, as well as the overhanging crack towards the top. The route was named from an ambition for ease. I love the blood I come from, and I like to live with honor to my family. I am actually more spiritual than I might act, so Chakra comes from a love of approval to good intentions. I relate to the name as a metal genre in music. Blood Chakra makes me want to be a metal screamer. This is because I have found a lot of pain not following my own families’ spirituality.

The Southern Goose Egg consists of a southern half and a northern half or flank that are separated by a large feature known as the South Ramp (5.1 trad). The proposed route starts about 15-20 yards left of Rude Welcome, an old 5.11c sport route, and both are located on the southern flank.

Looking down the South Ramp 5.1:

The route Power Bacon on the higher tier to the right: 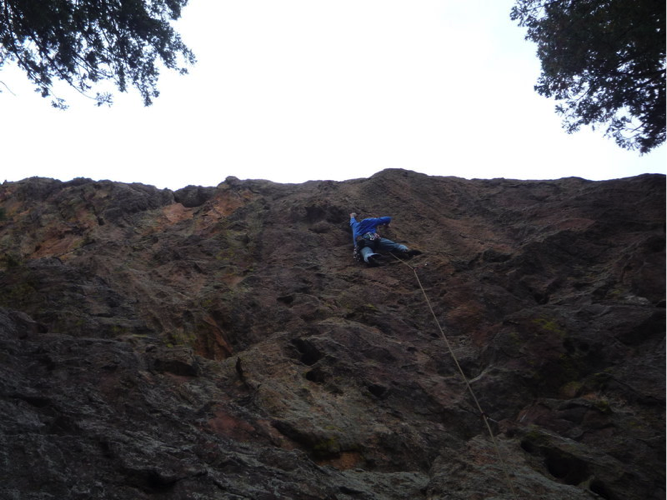 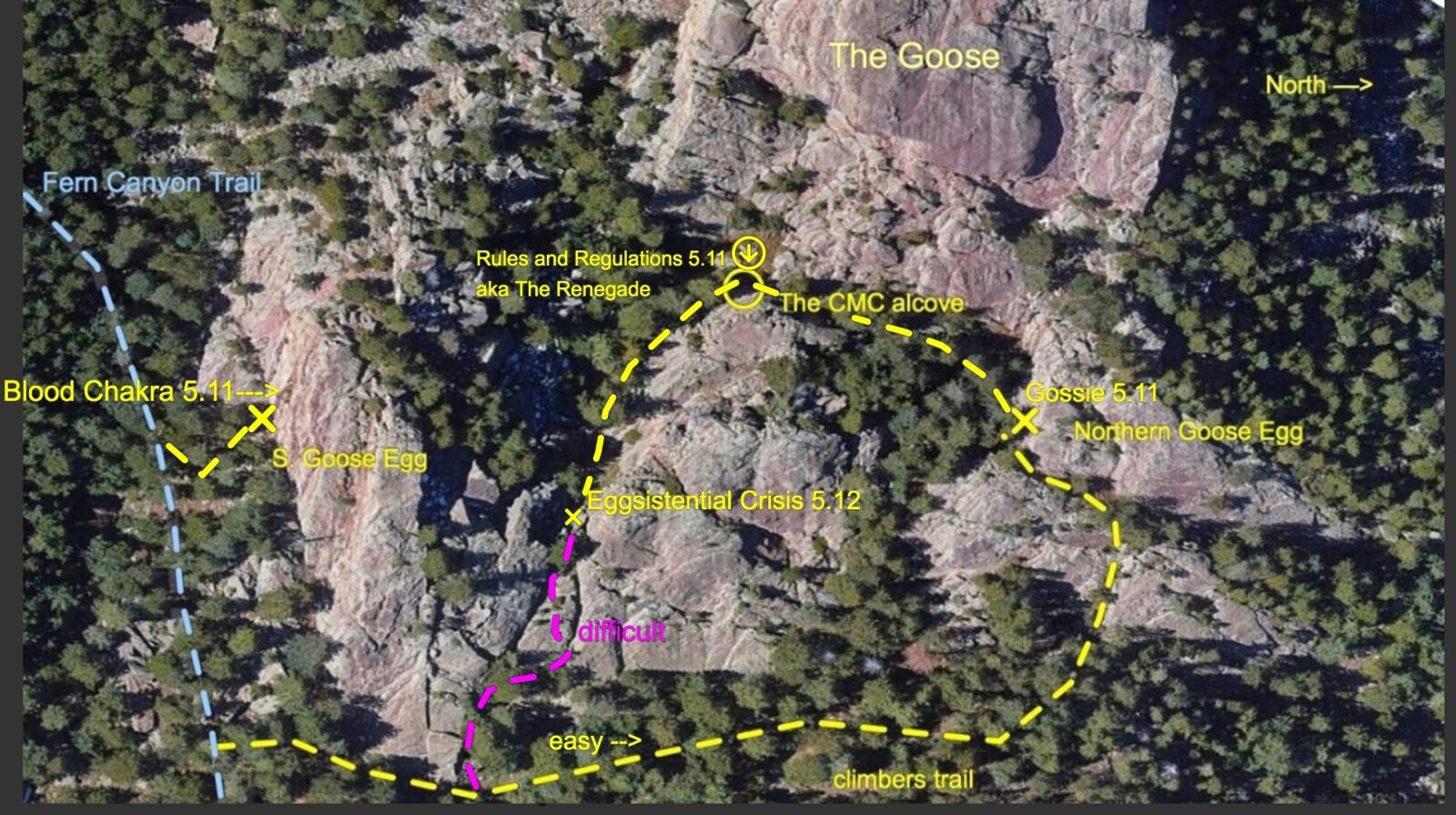 Once climbed, the best descent is to rappel from a 2-bolt anchor at the top of the proposed climb, about 115 feet, back to the staging area. 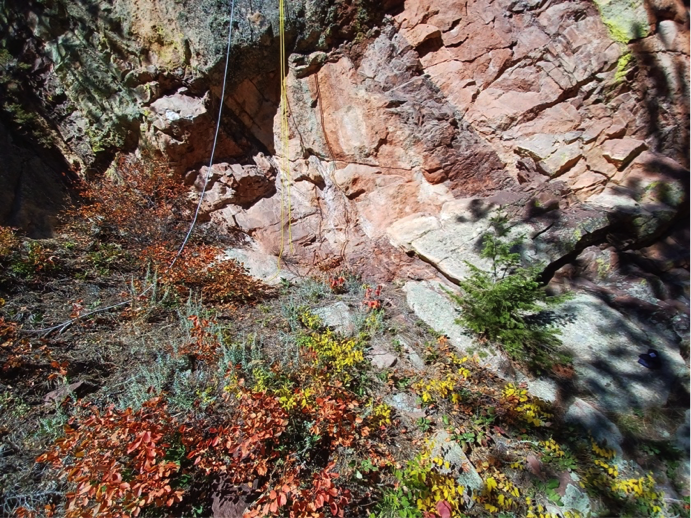 The base of the climb has soft ground with some rocks and vegetation including poison ivy and shrubs.

Yes, the route has been top roped and inspected closely, and some minor flakes were removed.

The route has been top roped. There doesn’t seem to be much loose rock, there is only some minor cleaning to be done. Going up the crack closer to the anchors becomes slightly overhanging, but the route has been climbed free at 5.11.

Done and Dusted
Scroll to top