Number of bolts to be placed:  10 lead bolts, 2 bolt anchor 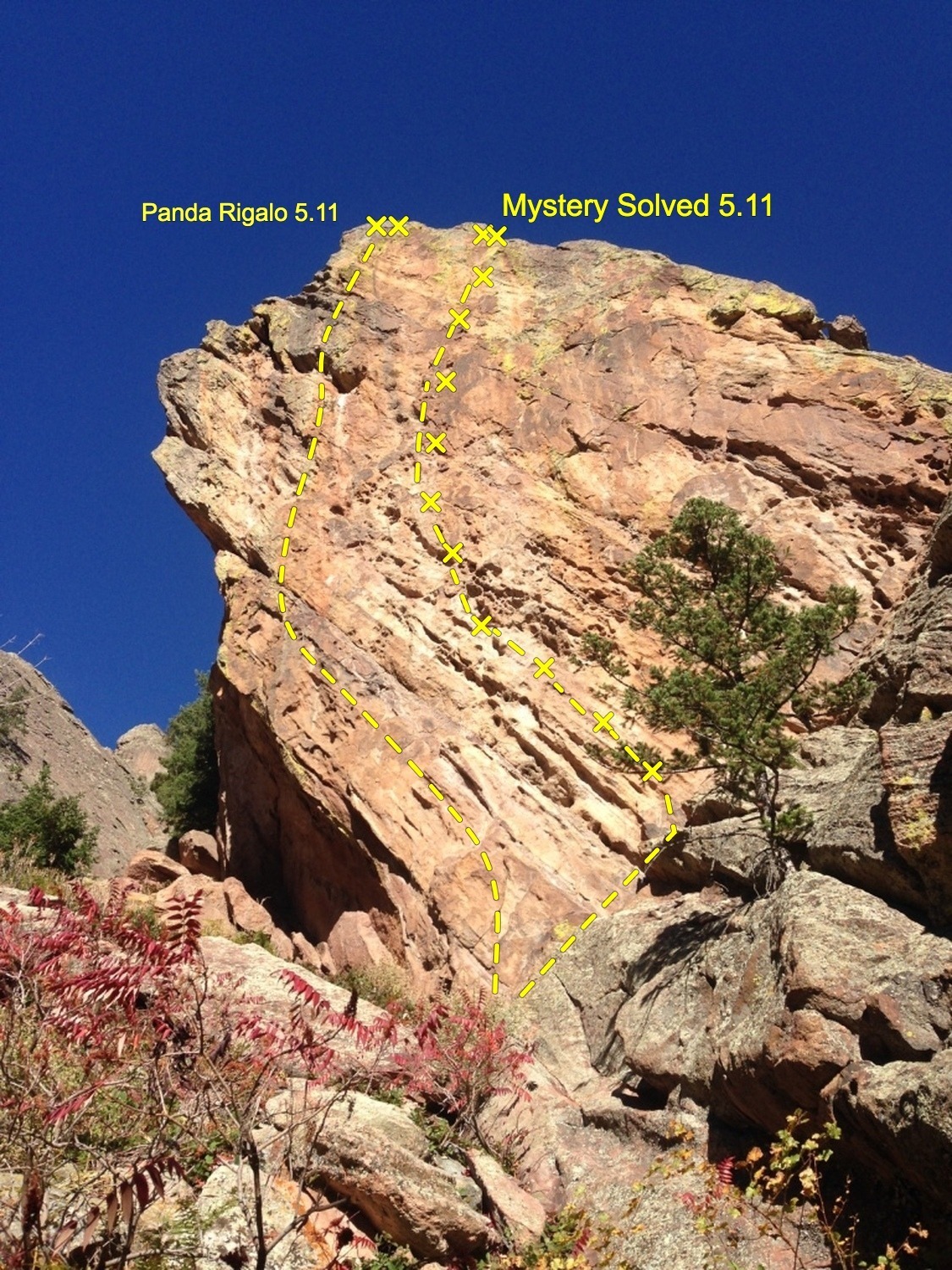 This route goes up the center of the prominent wall directly behind The WC Fields Pinnacle.  Historically this route has been documented as Two Bolt Mystery route. It is also believed that the route was never finished.  In its current state, there are 2 lead bolts and 3 old anchor bolts on top.  All of which would be removed and patched.  The new route will start 10 feet right of Panda Rigalo and angle left toward the current first bolt.  Then the climb will exit the wall about 15’ down and right of the old anchor.  This new path will avoid the poor quality rock that likely caused the route to be abandoned 40 years ago.  The improved route will be about 5.11b/c and a great addition to this fun area.

The name removes the question of weather there is a climb here.

The Third Flatiron is home to many routes of all variety.  This route is on the large face directly behind the WC Fields Pinnacle.  This buttress has a few routes already: Uphill to the west and around the corner is the trad route Soarks 5.10, a scary direct finish to Soarks called Funny Games 5.12d R and a sport route called Holier Than Thou 5.11c.  Just left of this route is the bolted route Panda Rigalo 5.11 (see photo). These two routes will share the staging area.

Follow the Royal Arch trail until the point where the New re-route meets the Old re-route. This spot is directly across from the WC Fields Pinnacle.  Looking SW you can see a buckrail fence blocking the “Old” Royal Arch trail.  Follow the old trail South for 100 feet until the obvious crossing of the drainage.  There is a climber trail that leads up the South side of WC Fields Pinnacle. After a short uphill hike the trail leads directly to this buttress.

This is where you head down to the Old trail: 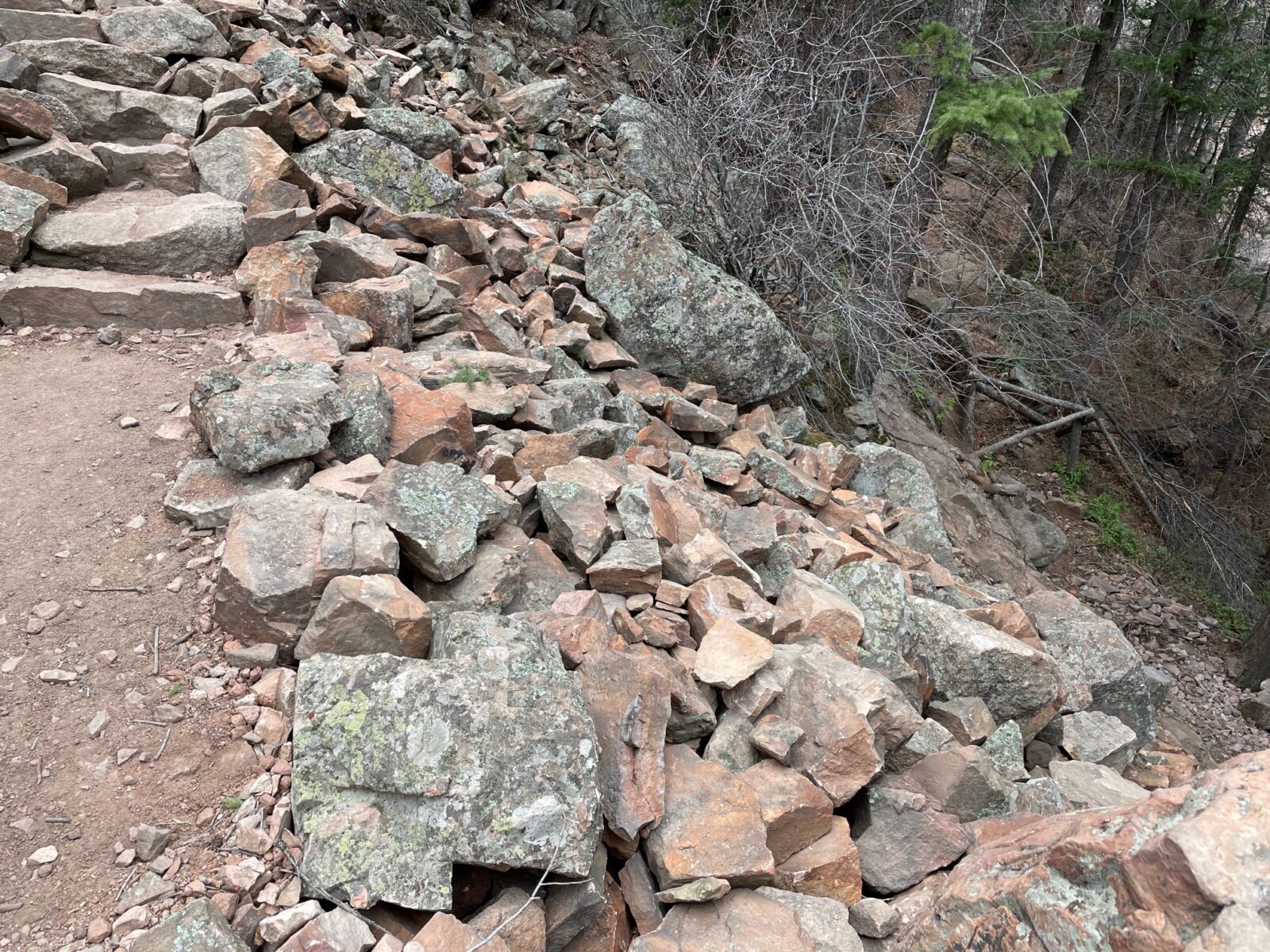 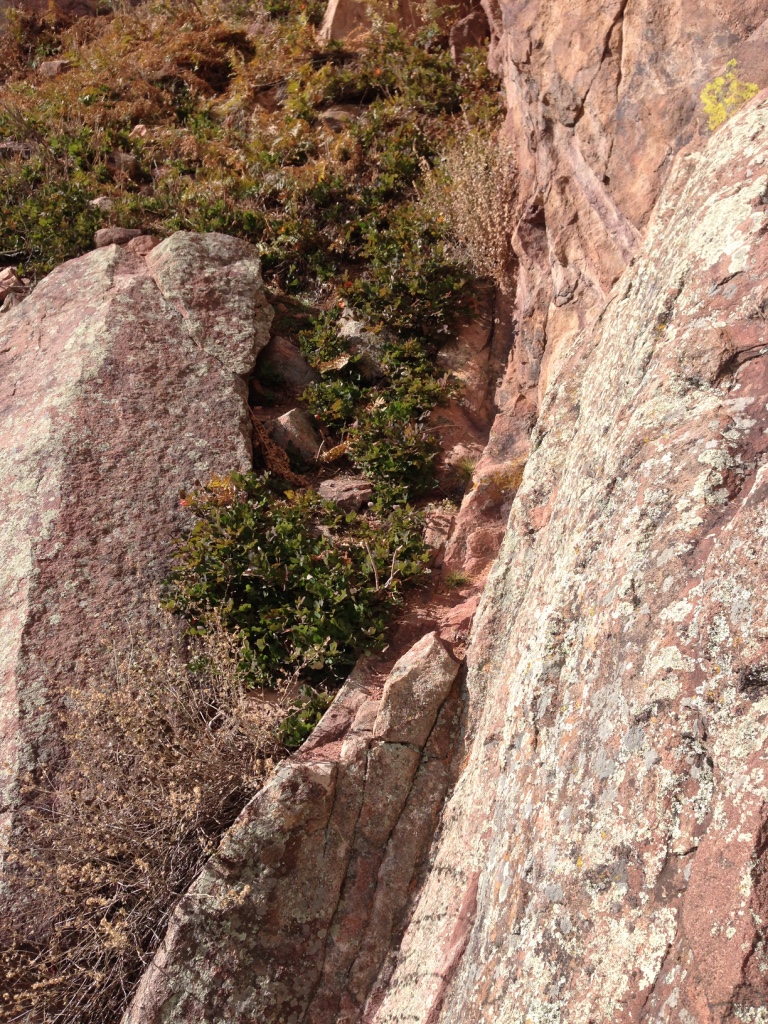 The route has been top roped extensively to find the best line.