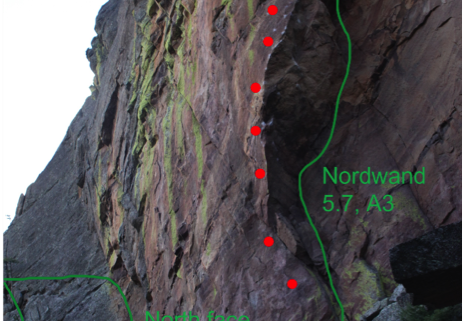 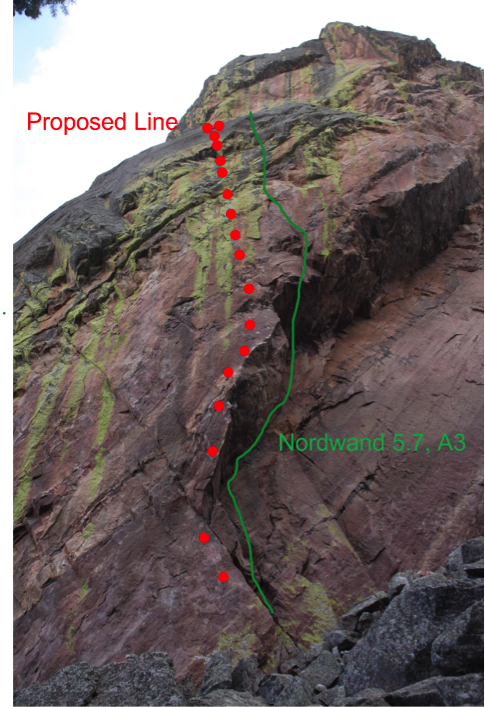 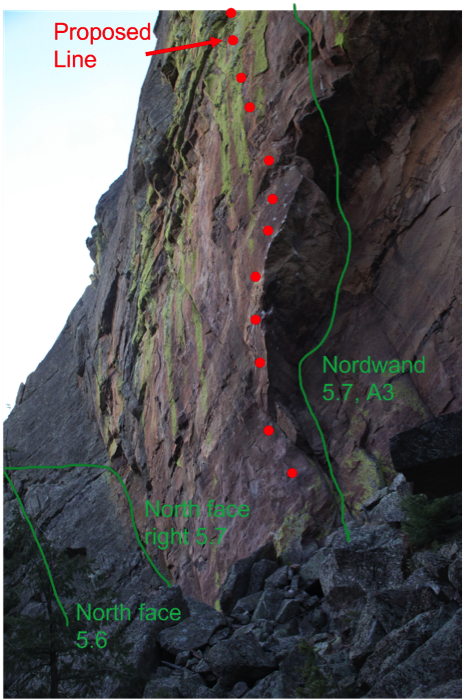 Number of bolts to be placed:  16 lead bolts, 2 bolt anchor

The proposed route takes a steep line up the north face of the Matron.  It begins with about 10 feet of easy climbing to reach an overhung prow.  The route will climb directly up this steep prow on immaculate rock using holds on both the left and right sides of the arete, finally moving onto the headwall after passing several bolts.  This lower section will likely be the crux of the route at 5.13 but the headwall consists of about sixty feet of 5.12 climbing capped by another crux section as the rock angle lessens at the very top.

The name Memento Mori is a Latin phrase that means “Remember that you die”.  It came to mind after rescuing three climbers who got in over their heads on the North Face route just to the left.

The north face of The Matron has about 11 routes. Starting from the East:

Since The Matron is a well-established climbing area, a trail already exists to the base of the climb.  This trail begins at the South Mesa trailhead and follows the Mesa trail until turning left on the Shadow Canyon trail.  The climber access trail begins below the east face where there is a sign indicating a seasonal Raptor closure. This trail meets the wall on the east end of the Matron’s south face after several hundred yards.  From here a trail leads around the east face and up along the north face, following the standard approach to the north face routes, which is also the standard descent after rappelling from the top of the formation. 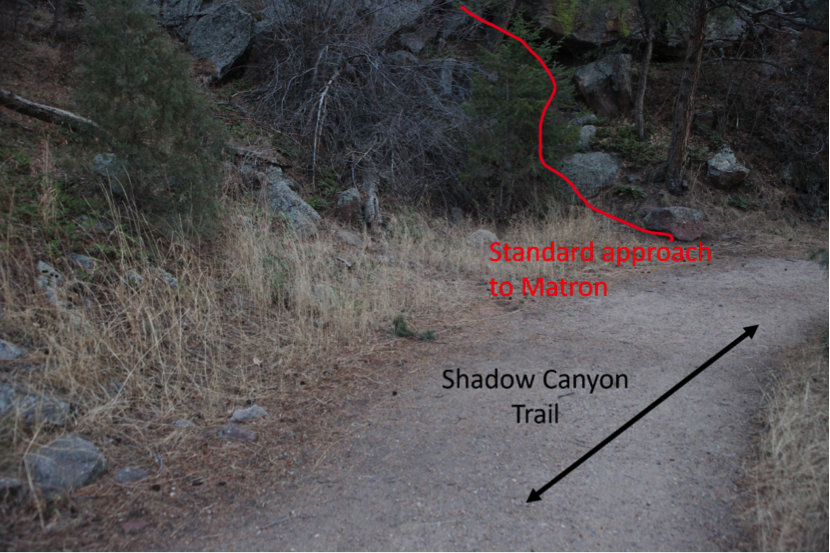 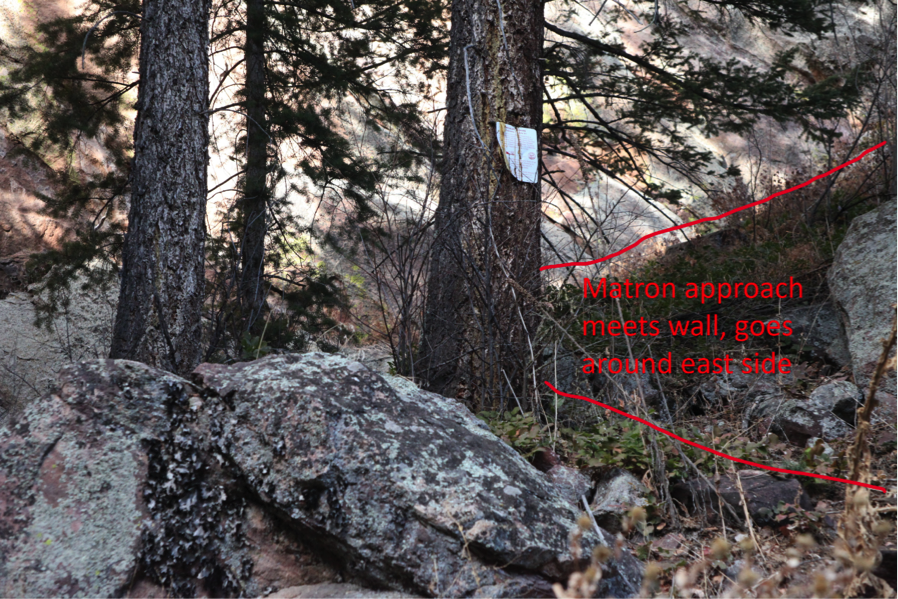 Descent is from fixed anchors at the top of the route. The hike down is the same as the approach.

Staging area: The base of the climb is mostly solid rock and large boulders.

Yes. The entire line has been inspected on rappel and top-roped.

The route has been top roped on two occasions to confirm that it is possible to climb, high-quality and free of loose rock.  There is minimal cleaning required beyond small loose flakes that can be removed by hand.  The lower section of the route is moderately overhung and is likely to be the crux. The rock on that section is immaculate and it has been toproped extensively to determine the best line and bolt count.  The upper section is slightly overhung to vertical.

A Note from the FHRC:

There are two applications for routes on the Matron, Only One can be approved.