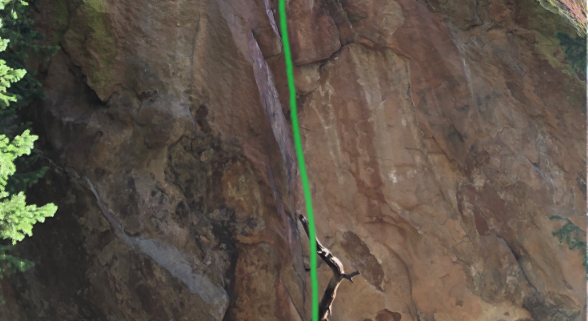 Number of bolts to be placed: 12-14 lead bolts, 2 bolt anchor, 4-5 fixed draws to help with cleaning

Skunked climbs a very overhanging corner system in the middle of the west face of the summit tower of Ridge 1/Stairway to Heaven in Skunk Canyon. It begins with big moves in hueco pockets before a hard-looking boulder problem leads into a series of faint corners leading up the middle of the wall. At the top it moves slightly left onto an undercling feature out a hanging arête, and will finish just over the arête, at the lip of the wall. The route looks continuous, difficult, and bouldery, with small crack, layback, flake, crimp, and undercling features at a continuous 30-degree-overhanging angle. It is about 90 feet long and looks to be 5.14.

The intended route name is just a play off of Skunk Canyon, and the slang term for when something goes wrong in life or out climbing: “We got skunked!”

This route begins where the new route God’s Kingdom on Earth begins. When God’s Kingdom traverses right, Skunked continues straight up.  There is an existing trad route, Like Hell It Is 5.11, on the NW corner of the formation about 50’ to the left.  About 25’ right of this line is a trad route called Sidereal 5.10x which traverses hard right as soon as leaving the ground and doesn’t come near this proposed route again.  Further right is a trad route named Seventh Inning Stretch 5.11d, then the route Boot Hill 5.8x.  There is one final trad route on this section of the ridge,  In God We Trust 5.10x (probably not x since the 1 bolt was upgraded).  The existing traditional multi-pitch/traditional climb Stairway to Heaven (5.2) takes the spine of the formation, along its south/southeast ridge, to finish at the summit of the Ridge One formation above this wall. 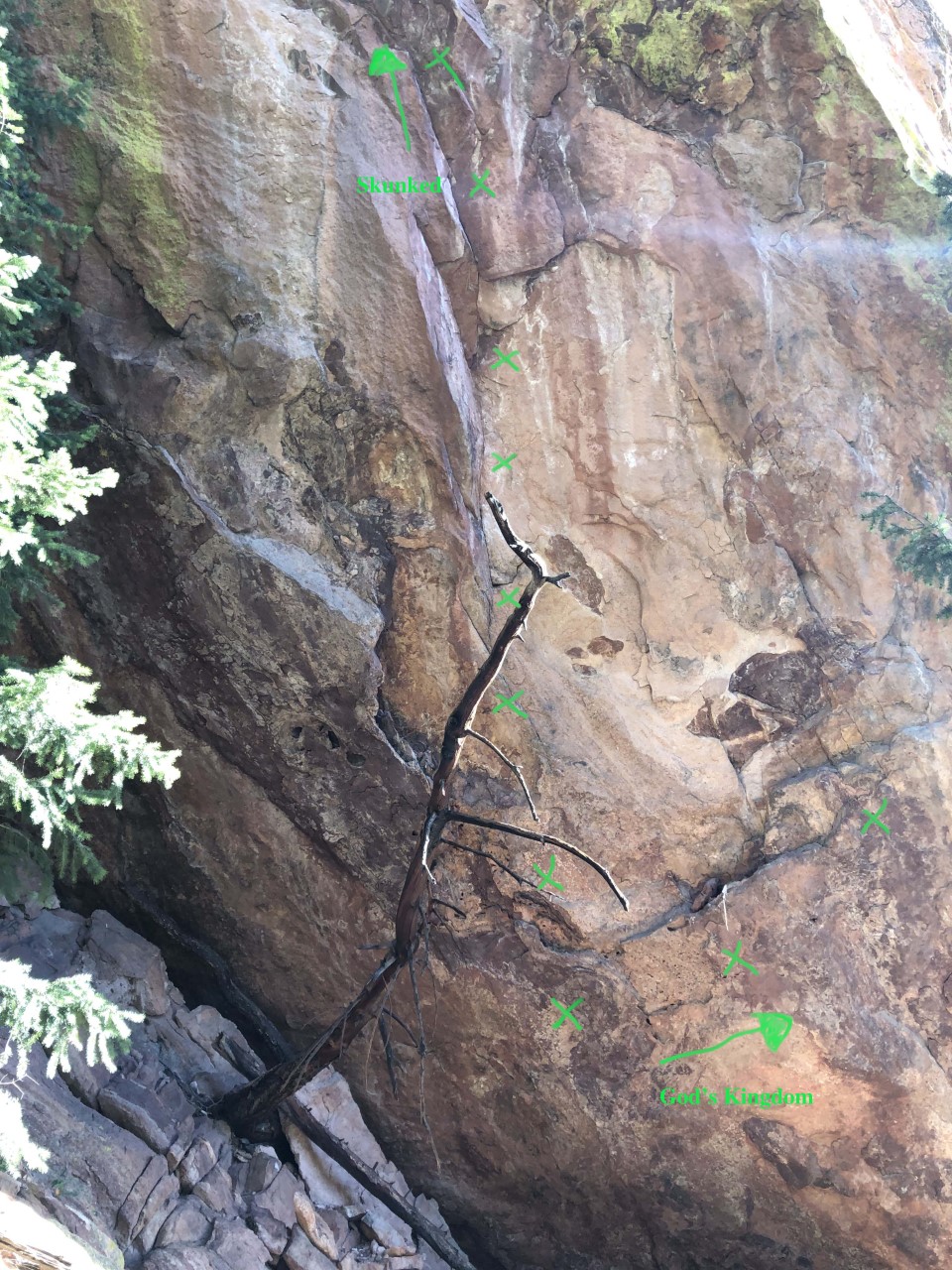 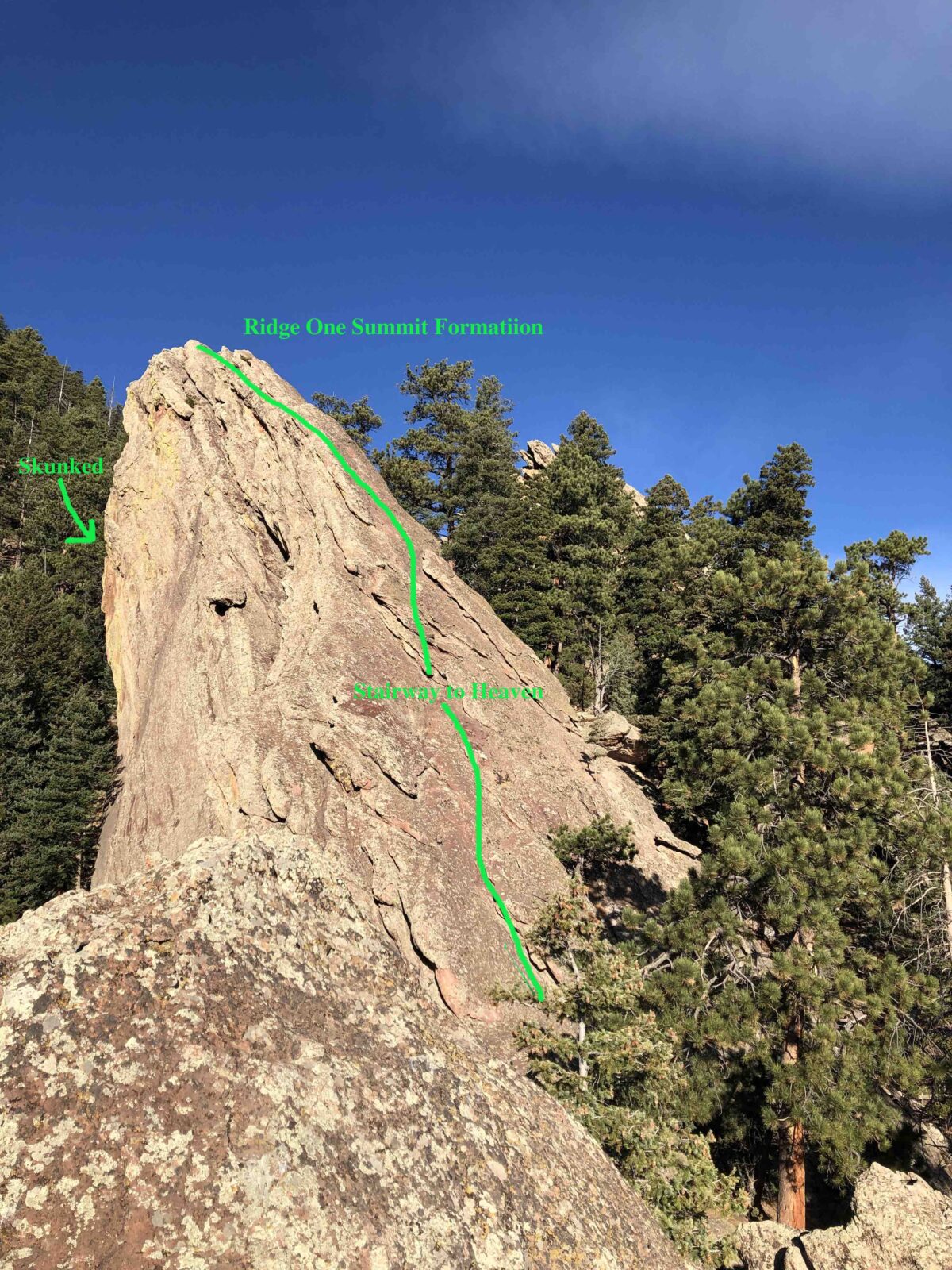 The approach is via NCAR. Take the Mallory Cave Trail west to the Mesa Trail; head north to where the Mesa Trail traverses across Skunk Canyon. Head west into Skunk Canyon on the climber’s approach trail, then head due north up the gully east of Hillbilly Rock to reach the south then west side of Hillbilly Rock on an existing climber’s trail. From here, you can continue on the Stairway to Heaven (Ridge 1) descent trail to a shoulder just north of the wall, then drop down the gully to the climbing (~100 feet). 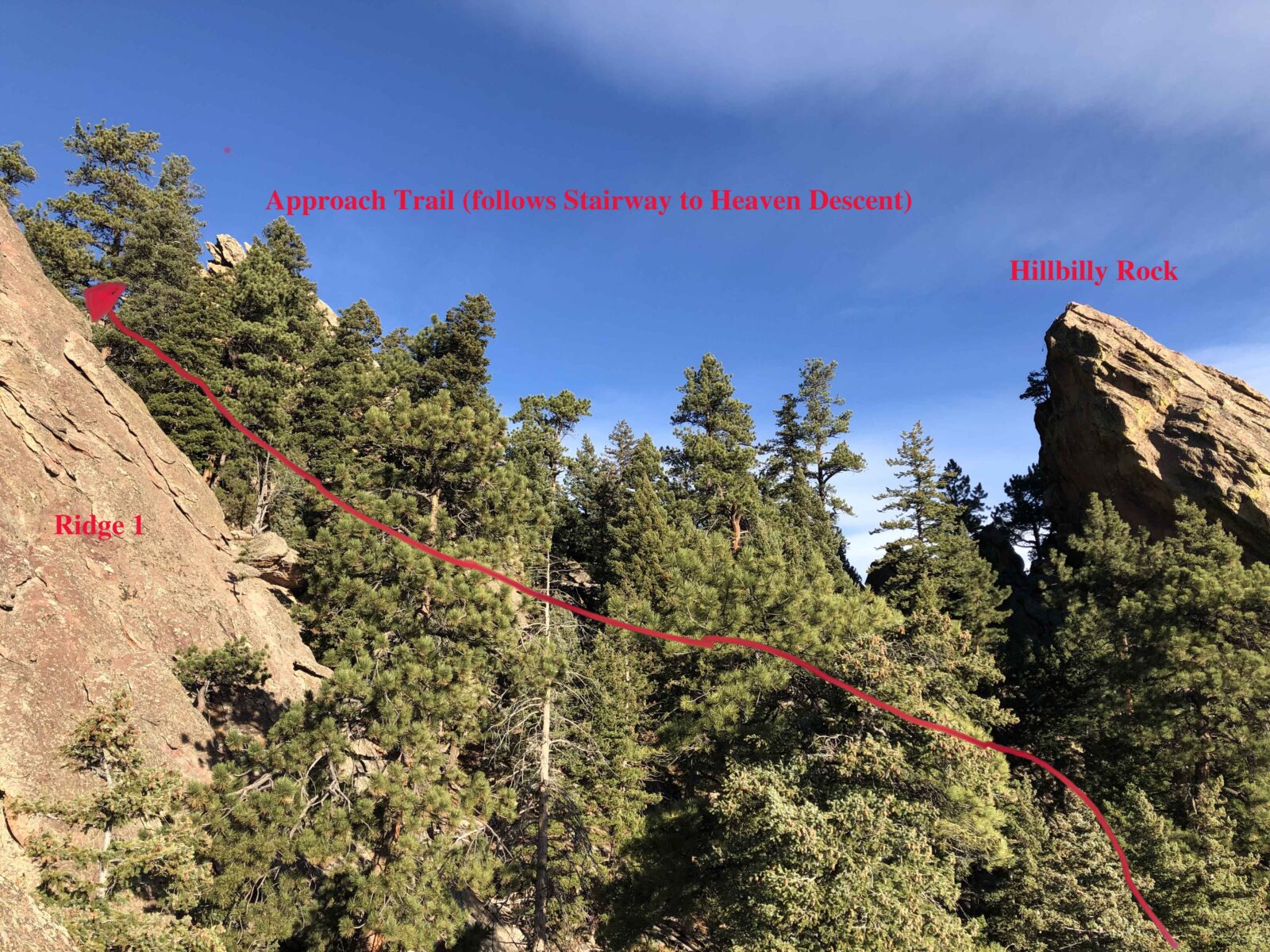 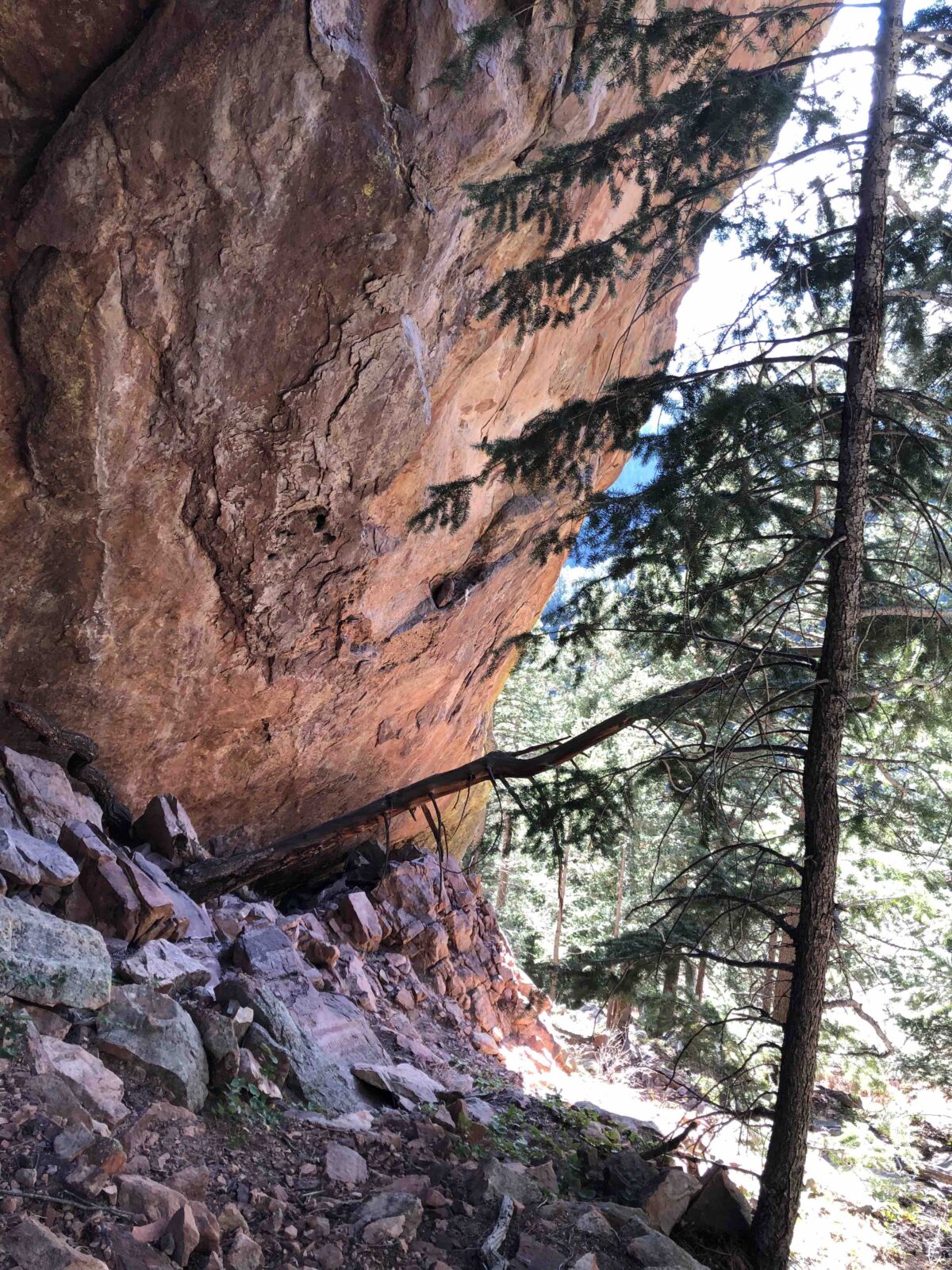 The staging area is compact dirt and rock with very little existing vegetation.

The route has been inspected on rappel, and visually from the base on multiple occasions. There is no way to toprope the line—it is 30 degrees overhanging with no directional gear and large trees in the gully behind it, making it unsafe to attempt until bolts/directional bolts are installed.

The route has not been toproped: There is no way to toprope the line—it is 30 degrees overhanging with no directional gear and large trees in the gully behind it, making it unsafe to attempt until bolts/directional bolts are installed. The route has a few loose flakes in spots that will need to be removed, but overall the rock is very solid. It is extremely overhanging—30 degrees. The route has also been inspected multiple times from the base, from all available angles.