Rock Formation: “The Broom” Part of the Shanahan Crags

Number of bolts to be placed:  7 lead bolts, 2 bolt anchor

This is a short, but very high quality route right up the center of the wall.  Continuously difficult climbing leads past 7 bolts to the anchor.  The grade is around 5.12a.

We called the wall “The Broom” after a small broom we found on the summit of the formation.  The route is named Full Sweep because it climbs up the center of the tallest part of the “Broom.”

There are many ways to reach this crag.  Many have seen this wall along their descent from the East Face of the Central Crag, as the walk off trail passes under it.  The best way to access this climb is from the North Fork of the Shanahan Ridge trail.   When you reach The Slab, hang a left and follow a climber trail South.  You can then choose to go up one of two gullies, the second gully is probably the easiest. This face is near the top of the gully and facing South. 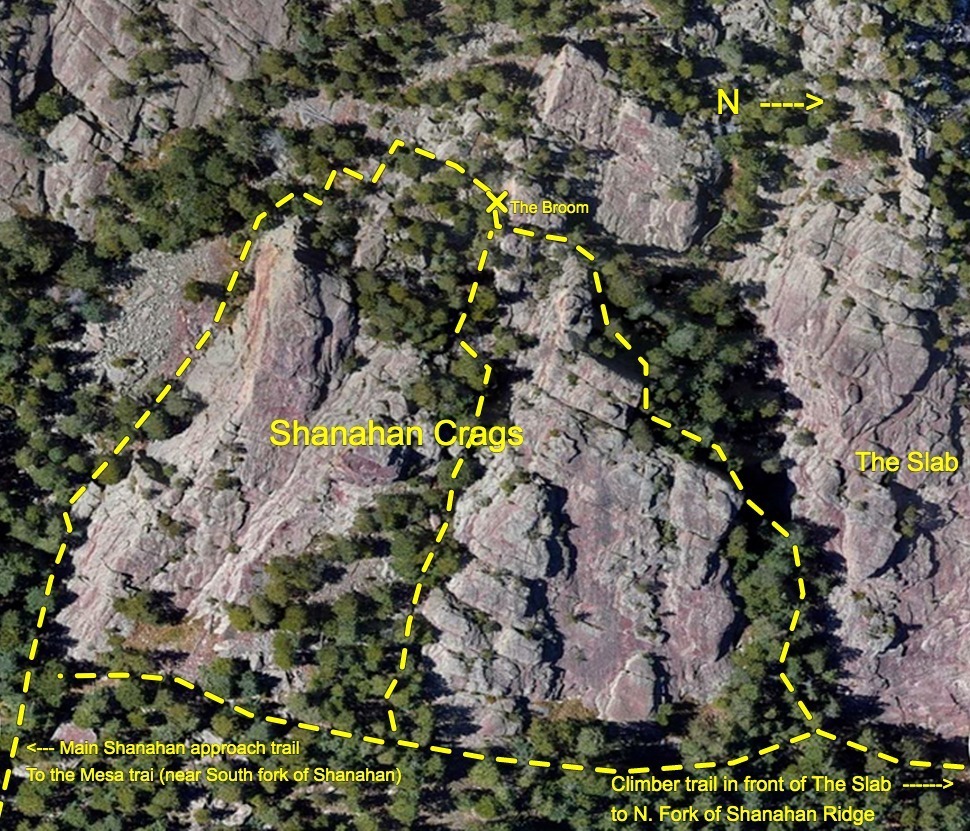 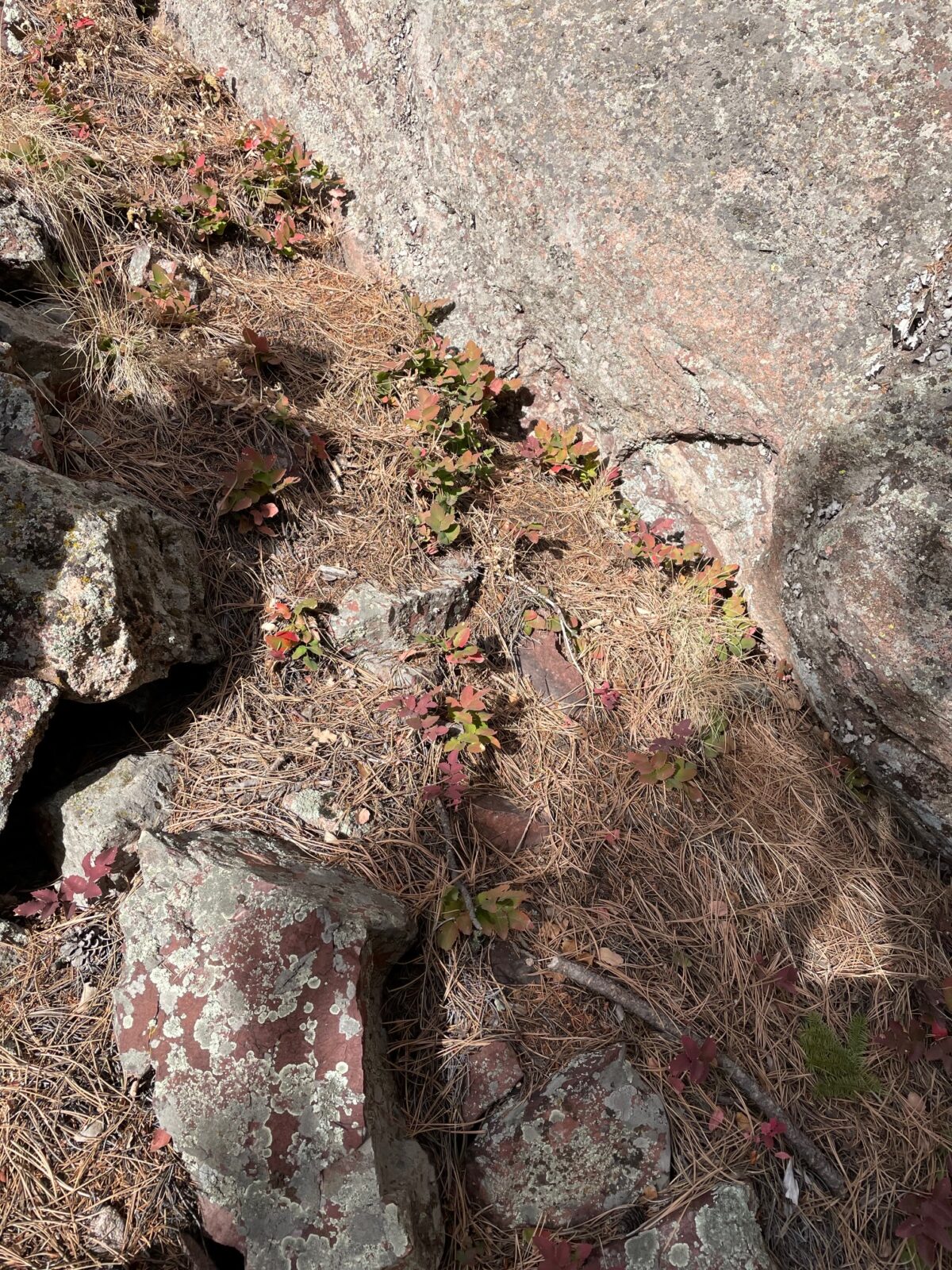 The staging area is mostly flat with rocks and compact soil.

The route is clean and free of loose rock and has been toproped at the grade of 5.12a