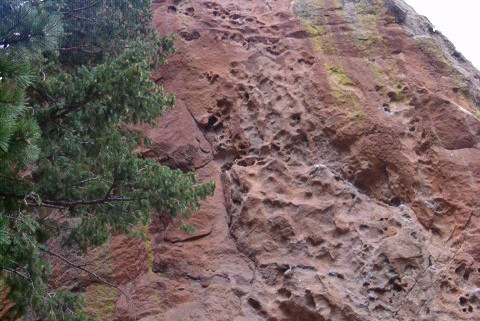 Tracks Are for Kids (5.10): FA: as a toprope, unknown; as a lead, Steve Annecone: Tracks Are for Kids is the left of the three bolted lines on the overhanging, west-facing hueco’ed fin of rock on the west-southwest side of the Dinosaur Rock formation. To get here, hike up into the notch below the west side of Dinosaur Rock, then pick your way down the  gully that leads south into Bear Canyon; take care to stay on rock slabs to mitigate erosion. Climb five bolts past consistently overhanging huecos to a new set of anchors at the lip, installed March 2012 to replace the existing, rusty-chain anchors. Very fun climbing! 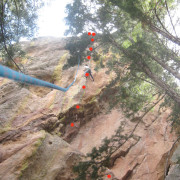 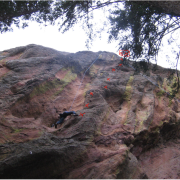 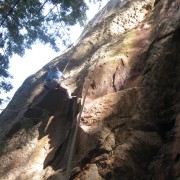