Number of bolts to be placed:  23 lead bolts, and two 2 bolt anchors. The third pitch will share the existing Maiden Voyage anchor. 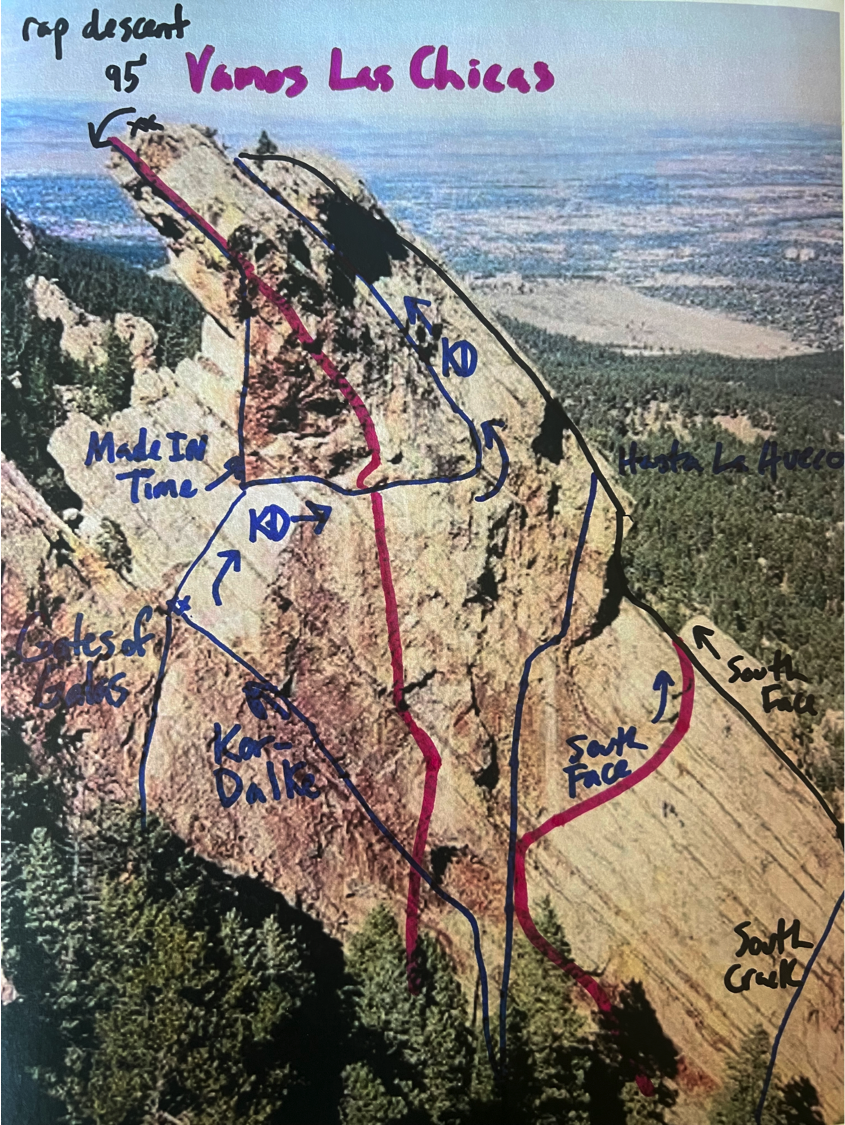 The proposed new route follows the natural features of this impressive, overhanging face in three pitches.   There  will be 4 bolts on the first pitch, plus two bolts for the anchor, which will be above the Kor-Dalke route.

We will place 11 bolts on the second pitch, plus two anchor bolts above where the Kor-Dalke route traverses across the wall to the east. The third pitch will require  8 bolts until the point where it crosses the Made In Time route (5.14c), so there is no need to place any anchor bolts at the top. We will do our best to place natural protection whenever possible rather than placing a bolt in order to respect the ethics and aesthetics of this beautiful place.

the spot where you cut off for the old Quarry:

If doing only the first two pitches, the descent entails rappelling the route using the new anchors. If the party completes the third pitch, two rappels west down the standard Maiden rap route is recommended. Then hike out the same way as the approach.

The base of the route is next to a large tree with boulders  and compact soil on the ground. 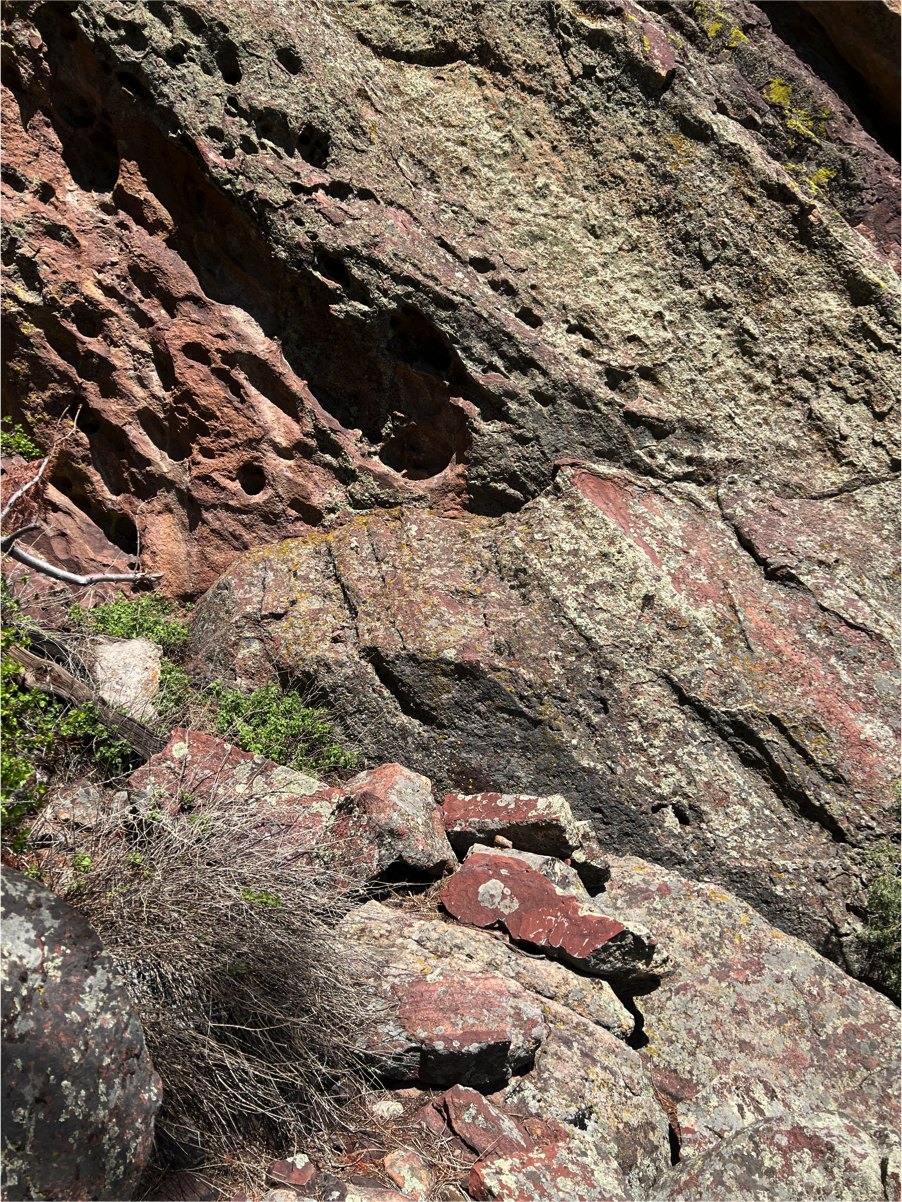 The majority of the reconnaissance work has been done on the first two pitches, but the last pitch requires bolting before free climbing.

We have top roped the first pitch and sections of the 2nd and third pitches, but without having the ability to place at least a few bolts, it was not possible to climb the entire route! However, there is definitely a feasible looking line of holds that follow across the obvious  weakness in the middle of this amazingly overhanging face. 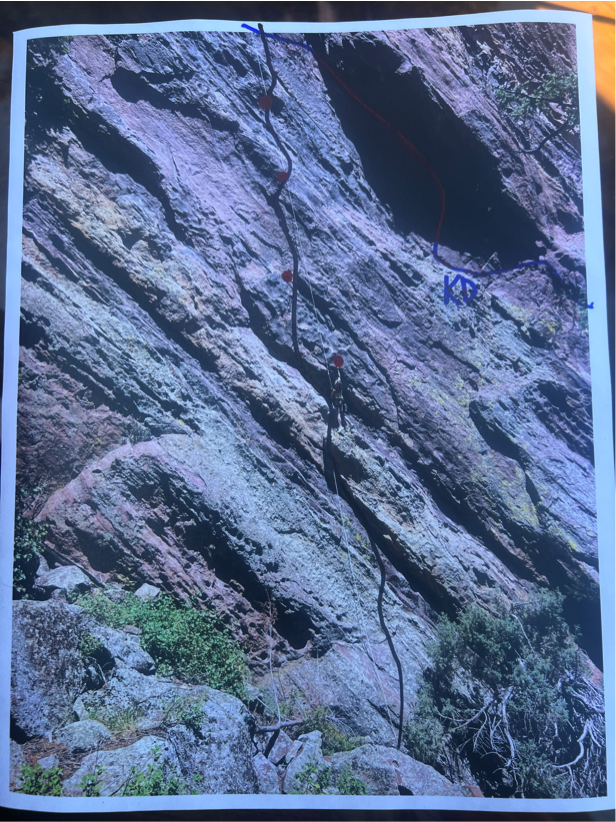 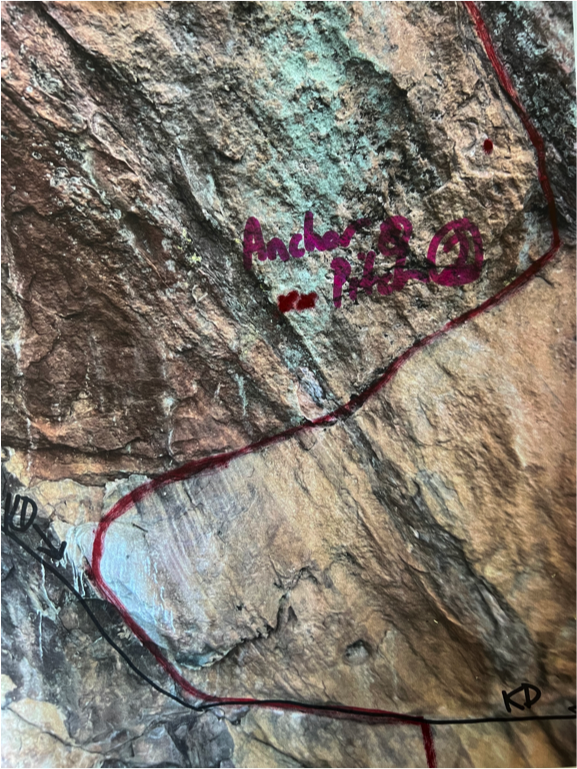 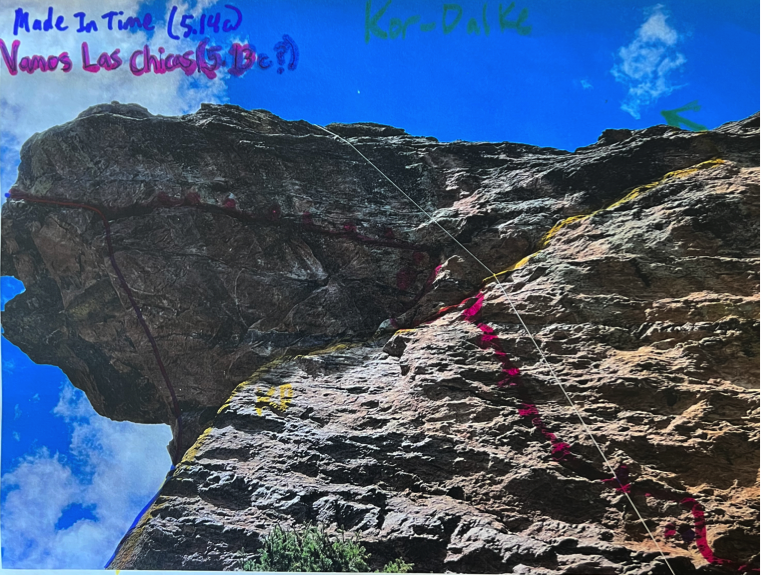 We plan to place 4 bolts on the first pitch, but it will also require a few additional pieces of gear. The proposed route WILL NOT interfere with the existing Kor-Dalke route on either the first or second pitches where they cross. Vamos Las Chicas is a distinctly different line that follows up the middle of this amazing South Face of the Maiden.

Note from the FHRC: This updated version of this route will only cross the Kor-Dalke in two places.  No bolts will be added near these crossings.

Heaven and Hell
Scroll to top