Number of bolts to be placed:  25 lead bolts, 3 sets of 2 bolt anchors 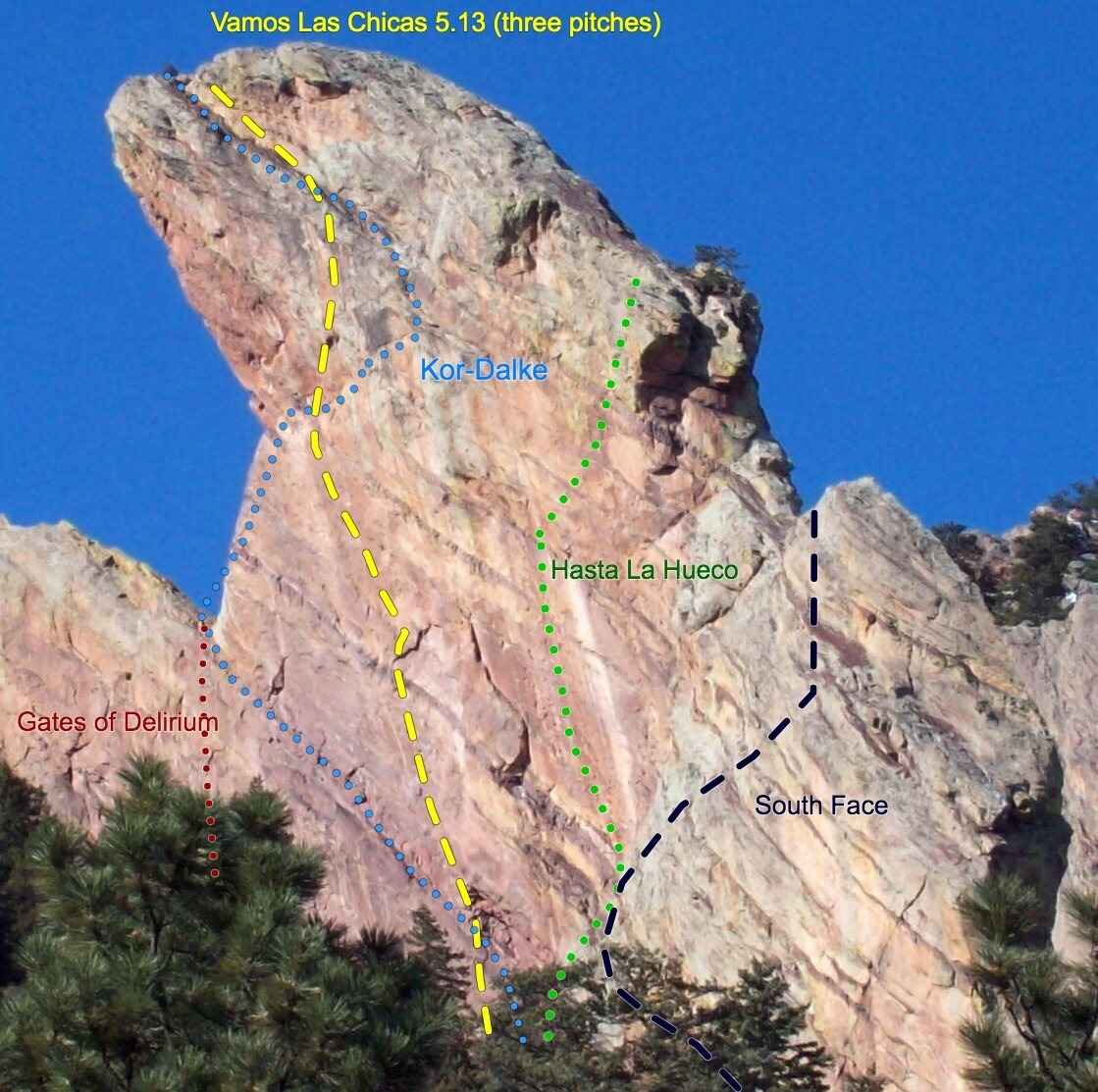 The proposed new route follows the natural features of this impressive, overhanging face in three pitches. We think there will be 6 bolts on the first pitch, plus two bolts for the anchor. We think we will place about 10 bolts on the second pitch, plus two anchor bolts, and the third pitch will require about 9 bolts, plus two anchor bolts. We will do our best to place natural protection whenever possible rather than placing a bolt in order to respect the ethics and aesthetics of this beautiful place.

Where you leave the trail for the quarry: 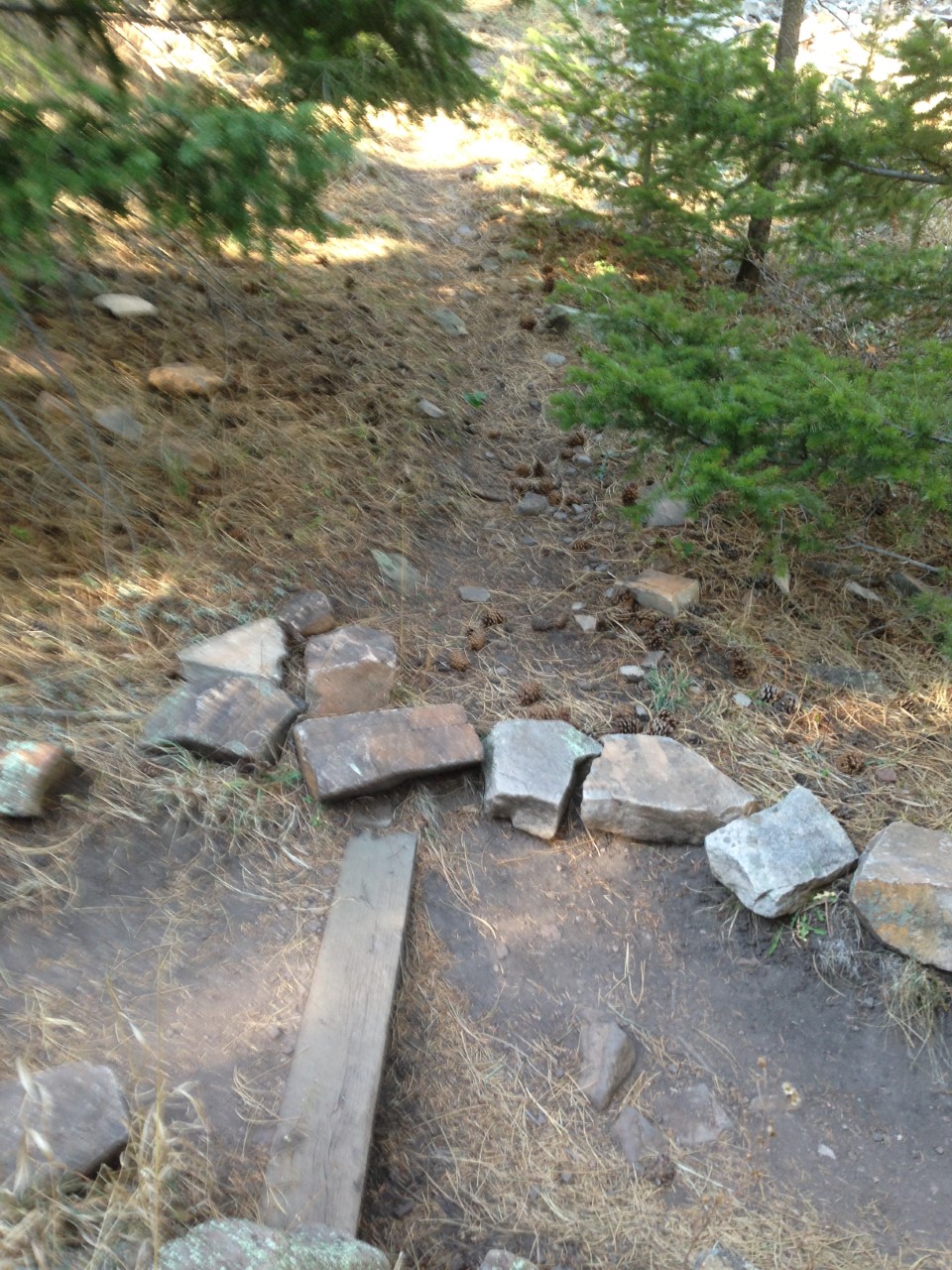 Descent from the climb is to rappel 3 times back to the staging area or do the classic West Overhang rappel.  Then hike out the same trail as the approach.

Looking down on the Staging area: 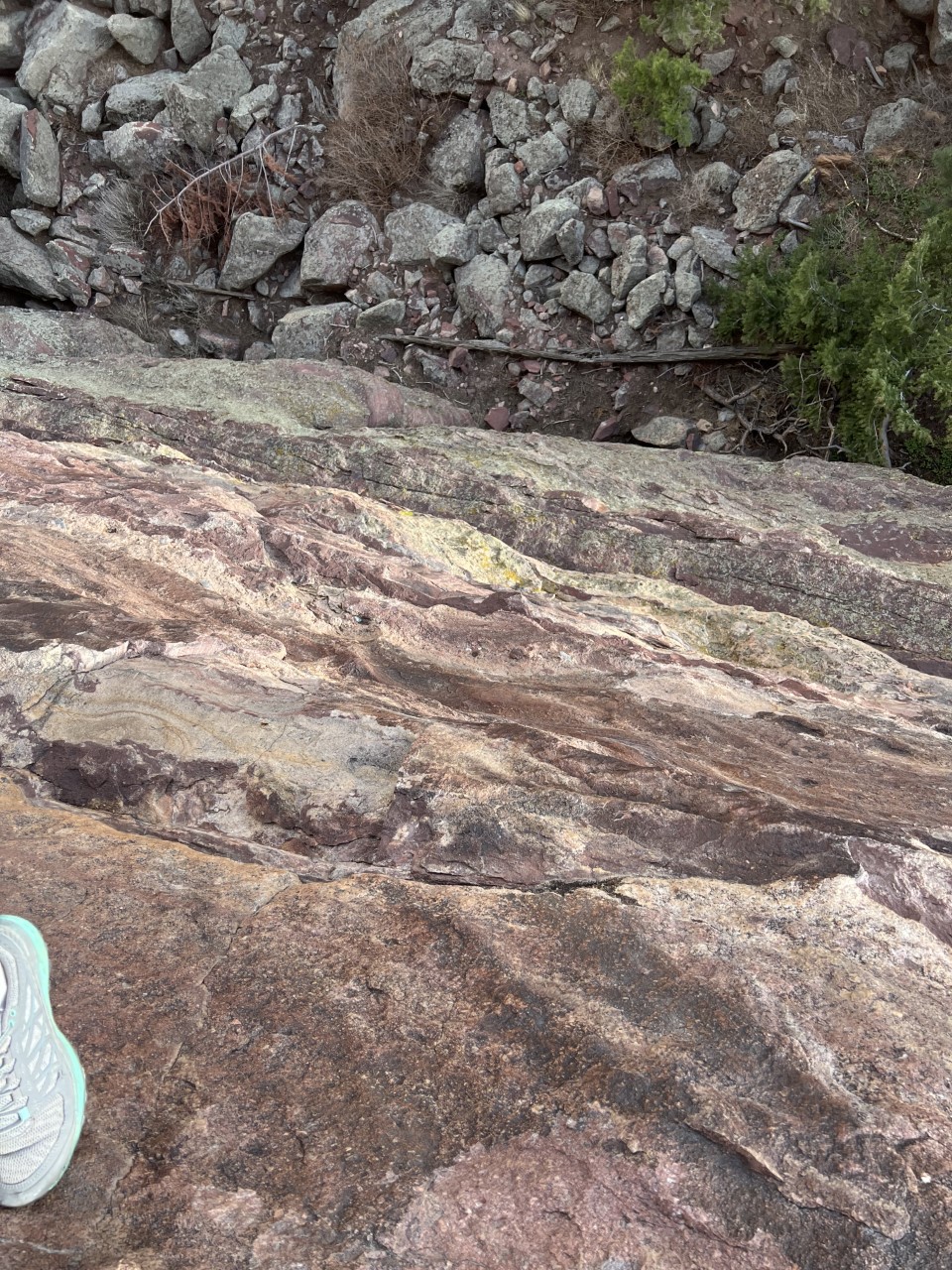 The base of the route is next to a large tree with boulders and compact soil on the ground.

The majority reconnaissance work has been done on the first two pitches, but the last pitch will require a bit more work to figure out the exact line.

We have top roped the sections of the climb that we were able to, but without having the ability to place bolts on such an overhanging face, it’s difficult to be able to climb the entire route! However, we could distinguish a line of holds and general weakness in the middle of this overhanging face that will allow a very fun and beautiful line up this wall.